Boomers: Be a Pan Am Player by Being a Volunteer 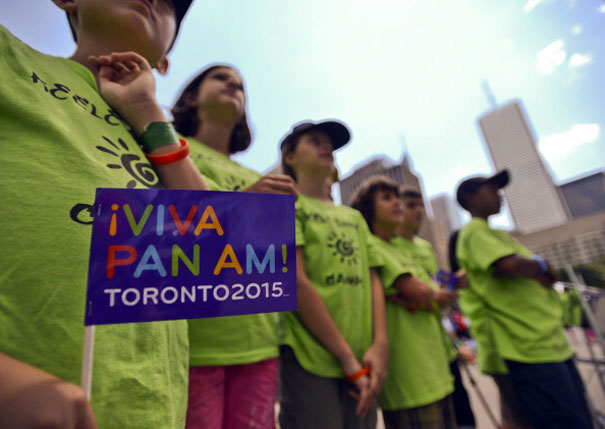 Even if your idea of athleticism is parking in the first space you see instead of circling the lot until you get a spot near the door, you too can be part of the Pan American Games 2015 in Toronto.

Volunteering is an opportunity for couch potatoes to reinvent themselves as participants in a major international sporting event — and at the same time, contribute to the community and have fun.

“It’s a very social experience,” says Darryl McKenzie, vice-president of volunteer services. “We hear that time and time again from people who have volunteered at similar events.”

There’s also the payoff of an official Pan Am uniform, a training program and accreditation that gives access to free public transportation.

“And we feed them while they’re working with us,” he says.

Boomers, especially retired people with flexible schedules, are encouraged to apply, even if they have no special skills. There’s no upper age limit (but there’s a lower age limit of 16 as of Jan. 1 2015.)

The only requirement is that volunteers have a basic working knowledge of English.

Volunteers, he says, should enjoy “the role of hosting athletes, spectators and dignitaries.”

And if you do have a special skill — IT, management, training, transport operations, event coordination, experience as a medical and health professional — you’re a much wanted entity.

As many as 2,000 medical professionals are needed as volunteers during the Games.

And there’s a need for volunteers from across the Golden Horseshoe, from Welland to Oshawa.

“We’ll have over 30 competition venues and we’ll need to support over 10,000 athletes,” says McKenzie. “We expect 250,000 visitors to the Games. That’s a lot of people coming to Toronto and the Golden Horseshoe and we want to provide them with a once-in-a-lifetime experience and a high level of service.”

Among other duties, volunteers will prepare the field of play for sports, usher spectators to their seats, take tickets, shuttle athletes and dignitaries and take part in the opening
ceremonies.

“We also need retired business or career professionals who can lead and supervise teams of volunteers,” McKenzie says. “For folks whose availability is greater and can connect with the Games prior to 2015, we need people at the volunteer recruitment center, the volunteer training center, and the uniforms and accreditation distribution center.”

The hardest to fill, he says, will be those positions requiring an earlier and greater time commitment. “”Volunteers in leadership roles will be starting in January,” he says.

Nevertheless, McKenzie says that in the first 24 hours of the announcement asking for volunteers, 4,000 people applied.

You too can reinvent yourself by applying at www.toronto2015.org