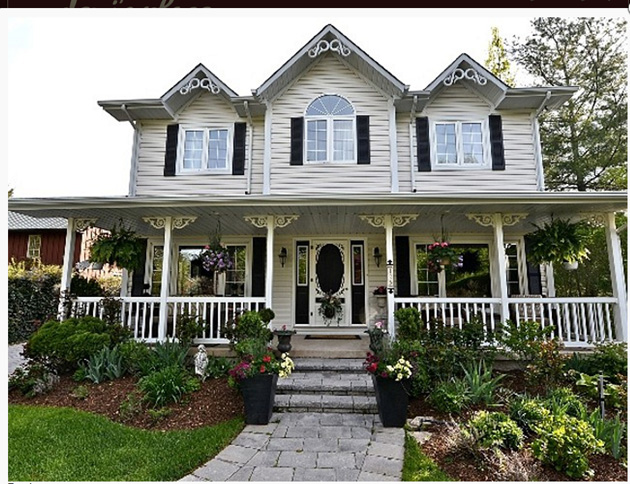 Most people just think about what it would be like to host a Bed and Breakfast.

Ed and Demi Nasello, a boomer couple from Scarborough, are actually doing it. Demi’s Place Bed & Breakfast in Niagara-on-the-Lake opened its doors to guests this spring. They’re taking reservations on their website (demisplacebb.ca).

Starting a B&B wasn’t “a conscious decision,” says Demi, 57. “It was more of a lifestyle choice.”

When Ed, 61, was about to retire after working as a programming manager for a community channel and then as a training instructor, “we just found ourselves at a fork in the road,” explains Demi, who’d worked as a medical office coordinator.

“We were looking to move into our retirement years in a way that could keep us active and busy and doing something interesting,” says Ed. “And the possibility of something we could do together,” adds Demi.

At first, she says, Ed thought about finding other employment while she was looking forward to being a grandmother and babysitting. A B&B in Niagara-on-the-Lake seemed like an ideal solution. The Nasellos’ daughter and two-year old granddaughter live nearby in St. Catharines. One son lives in Mexico, and with the flexibility of running a B&B, they’ll be able to take time in the winter to spend some weeks visiting him. Another son who just completed a degree at Durham College lives in Toronto.

“With a regular job,” Demi says, “it’s harder to get away when you want.”

“Owning the B&B gives us the flexibility to see each of our children,” explains Ed.

Another advantage of the B&B, they say, is the adventure it offers, with the opportunity to meet and host people from all over the world.

“My background is Italian,” says Ed, “and Demi’s is Greek and we enjoy getting to know people from different backgrounds and cultures.”

The couple were diligent about preparing for their new enterprise. They attended a course on all aspects of managing a B&B and worked with a real estate agent in town who specialized in the guest accommodations. They also linked up with the active B&B association in NOTL, where there are more than 100 B&Bs.

After researching and looking for about a year, the couple settled on a 3500 sq. ft. house a few blocks from downtown that had been built 16 years ago as a B&B. It has two guest bedrooms, which Demi furnished and re-decorated, with ensuite baths.

The location and the surroundings are what Ed considers an important draw. “You can walk to the (Shaw) theatre from here,” he says. “We have a hot tub to relax in after the show, and the grounds are inviting so you feel as if you’re in a garden.”

One of the biggest challenges to running a B&B in Niagara-on-the-Lake, the Nasellos agree, is the second B: breakfast. Bountiful, gourmet breakfasts are a tradition in town, and hosts are expected to provide an extra special meal in the morning.

The Nasellos experimented with many different recipes and, in addition to serving the usual homemade pastries, fresh fruits, they’ve developed a signature thick French Toast: “a combination of cream cheeses, eggs, fruit bread.”

The reservations are starting to “trickle in,” says Demi. “Right now, we’re relying on friends and getting them to pass the world around.” The Nasellos are in no rush. “We want to be able to ease into this rather than leap,” she explains. “Besides, it isn’t really so much about business as about lifestyle. We’d like to spend the next 20 years running this B&B.”