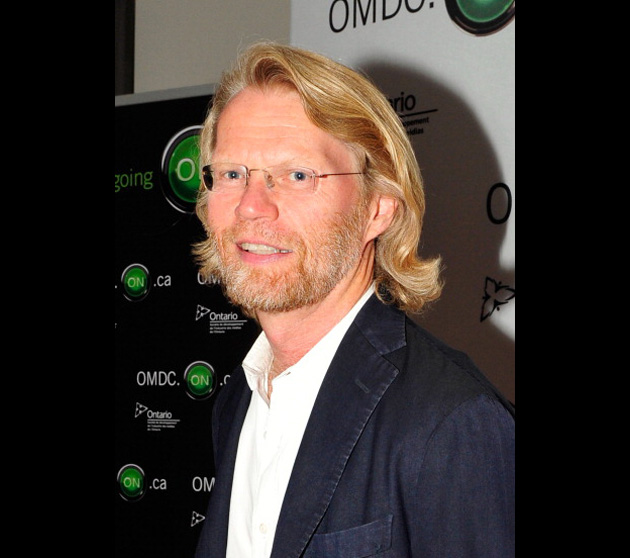 If you know someone who deserves to be recognized for being active in the community — including protesting — Michael MacMillan wants to know about it.

His non-partisan charity, Samara, is inviting nominations for an annual award for an “Everyday Political Citizen” — a person who is “actively involved in how we live together.”

Not eligible are people who are elected or paid to engage in political work.

“Being political and an active member of civil society takes many forms beyond voting,” says MacMillan, who headed Alliance-Atlantis and now is CEO of Blue Ant Media.

Why is a 58-year old entertainment mogul reinventing himself as a promoter of citizen engagement?

“I’ve always been interested in public policy,” he explains, “but during 36 years in media, I didn’t have an opportunity to engage directly in it. Even as a child, I was interested in politics. At age 13, I subscribed to Hansard and got it delivered to my doorstep. I guess I was pretty nerdy.”

He says he has no plans to run for office, at least not right now.

“At this stage, I think I can make the most useful contribution with the work we do at Samara. It suits me and it suits Samara.”

(A samara is the winged “helicopter” seed that falls from the maple tree.)

“Everyday Political Citizen,” he says “is an opportunity for neighbours to nominate someone on their street, to nominate younger people who have been active in the community.”

Nominations close at midnight tonight and can be entered at www.samaracanada.com.

A jury, including Rick Mercer, will announced an adult winner and a youth winner on Dec. 2.

Nominees, says MacMillan, are “mostly people who either started a community organization or run a blog, or bring about change in their community: volunteers in an election campaign,somebody who’s organized a group in university, various forms of organizing protesting, volunteering or helping somebody else run for office.”

The woman who won last year started an organization called “Why Should I Care.”

It’s a monthly chat group that gets together in a pub once a month to talk about politics and current affairs.

“Our point is that you don’t have to run for office to be political,” explains MacMillan. “There are other ways beyond being in office and being on the payroll of a political party.”

The entertainment mogul started Samara because “we’ve got a great society and that’s all the more reason to be vigilant to protect what we have.”

He was concerned that “our voter turnout rates are in decline, the number of people who report any involvement in politics, even in conversation, has declined precipitously, participation in everything from signing petitions to talking about politics is in serious decline.”.

He adds, “The big things in society are only things we do together: education, health, highways. We have to make collective choices wisely and that can only happen if we can have healthy debate. We an differ in opinions but we have to have debate.”

Boomers, especially, have a responsibility to be active in civic affairs and politics, particularly issues about health care and taxation, insists MacMillan.

“Boomers are the prime beneficiaries of the incredible affluence after the second world war, an astonishing era of peace after wars that happened far away,” he says. “It’s pretty easy to think life is perfect, with a lack of strife and jobs. But we can get lazy and not deal with the fact that we’ve managed to run up significant financial and environmental deficits, that collectively we’ve created big messes.” “We’re a pretty selfish generation in many ways. And as the pharmaceutical and medical world continues to invent new ways to keep us alive longer, it’s astonishing how much resources it’s going to take to to keep us healthy.

“Who’s paying for that?

“If we’re going to have these things, we have to tax ourselves.”

MacMillan may not plan to run for office “at this stage,” but he sure sounds like one. Few people would be surprised if he reinvents himself as a politician.