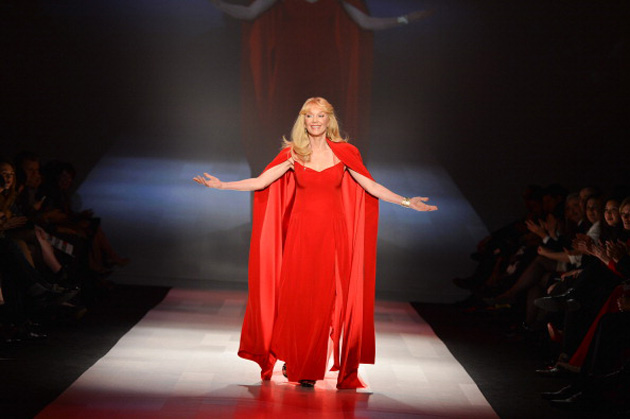 For Liona Boyd, Christmas is also an anniversary of the holiday, 52 years ago, when she got her first guitar.

For many Canadians, Christmas is also a celebration of Liona Boyd.

Her first holiday album, “A Guitar for Christmas” made history by going platinum, defying all expectations.

“CBS Masterworks did not believe a classical guitar Christmas album would sell,” she recalls.

“Now people tell me, ‘We grew up with that album.’ It became a Christmas tradition, particularly here in Canada.”

Her gift to fans this season: “A Winter Fantasy.”

“I spent Christmas alone twice,” says Boyd. “It’s not really that sad because each time I wrote a song.”

Besides, when she’s with her guitar, she never really feels alone.

“I’m in love with the guitar,” she explains.

That didn’t stop her from turning to songwriting and performing vocals, a transition she made in her late 50s.

But it was also a kind of transgression.

“In the snobby classical guitar world,” she explains, “one didn’t sing or write music.”

At the time, she was recovering from a condition, due to repetitive use of her right hand, that limited her playing.

Liona Boyd Sings Songs of Love and Seven Journeys were the albums she released in 2009.

The songs “weren’t about any particular person, that’s the sad thing,” she says. “I haven’t found the soul mate of my dreams yet.”

“I’m a romantic, so why not? I’m frustrated because I’d like to find my soul mate. I go on lots of dates but I’m very choosy.”

Boyd has been divorced for 10 years and remains friends with her ex-husband. Before her marriage, she was famously involved in a relationship with Pierre Trudeau, also single at the time. A Globe and Mail story about Trudeau’s women called her “the blonde bombshell classical guitarist.”

She’s lived in California, Florida and Connecticut but now makes her home happily in Toronto’s Yorkville.

“I’m happy that I have this whole, new unexpected chapter in my life,” she says, about adding vocals and songwriting to her skills.

“I wish I’d known, wish I’d had the confidence to be a singer earlier, I think I’m a good example of a Zoomer who has reinvented herself almost completely!”