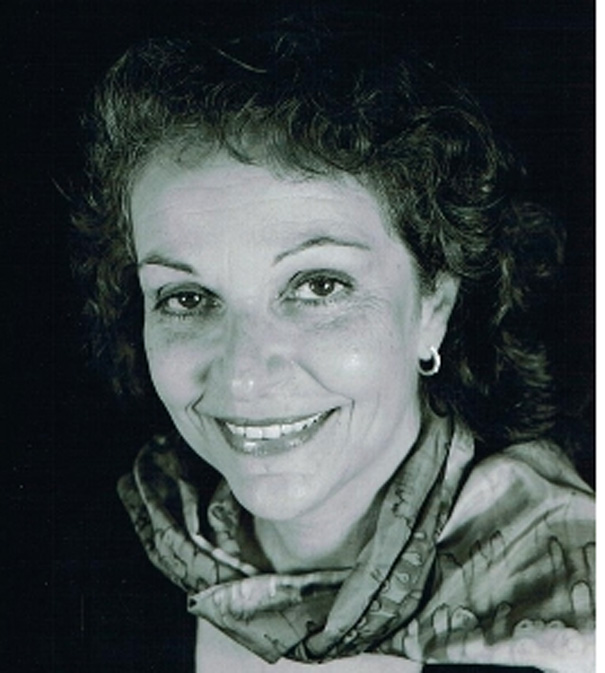 Rebecca Levant was in her mid-50s before she had “enough confidence to get a CD out there.”

Singing and performing was always an important part of her life: she played the lead in musicals at her Regina high school and worked summers as a folk singer.

But her life in Calgary as a psychologist and mother of two took precedence.

It wasn’t until her children were grown and she reduced her organizational psychology that she embarked on a second career as a singer of Jewish sacred music and Yiddish tangos and songs she first heard on her grandfather’s gramophone.

On the cover of Ani Ma’amin (I Believe), the CD she recorded after a live concert is a picture of the singer as a 7-year-old with her grandfather.

“It’s considered by many to be a healing CD, very peaceful,” Levant explains, “with sacred songs, love songs, lullabies and folk songs in a meditative, contemplative mood.”

She produced the CD herself, arranging for the recording, hiring an engineer, doing the editing, designing the cover.

There were rewards beyond having her own recording of the songs she loved so much.

“It got wonderful reviews,” she says, “here and in the United States, with international distribution.”

Her second CD, Nostalgia recorded live and released a few years later, features (Yiddish tangos and Sephardic songs, sung in Ladino, the language of Jews expelled from Spain during the Inquisition. The accompaniment includes accordion, classical guitar and clarinet.

“Many of the tango songs everybody loves,” she explains, “were penned by Jewish composers living in Argentina or influenced by its culture.”

Levant’s resolve to embark on a second career devoted to what she loved most was triggered in part by her recovery from what she describes as “a serious cancer.”

She realized, she says, “that my soul needed to sing.”

In a strange twist of fate, she sang at the funeral of her oncologist.

She also began singing cantorial music at Canadian and American synagogues, at bar miztvahs and at weddings, including interfaith weddings which she especially enjoys.

One of her greatest pleasures is “bringing Jewish music to all cultures.”

Levant has performed at Canada Day celebrations, at Islamic events, in churches and has been broadcast on CBC radio.

“Many churches are very interested in their Judaic roots,” she says. “I was deeply honoured by an Anglican Bishop who invited me to be part of his priests’ Lent preparations.”

And, she says, “I’m slowly starting to gather material for a third CD, some of my favorite secular songs gathered throughout my life time.”

Levant’s CDs are available at cdbaby.com, through her website rebeccalevant.com, or by contacting her directly at [email protected]