Cher at 72: From Hippie Singer to the Goddess of Pop 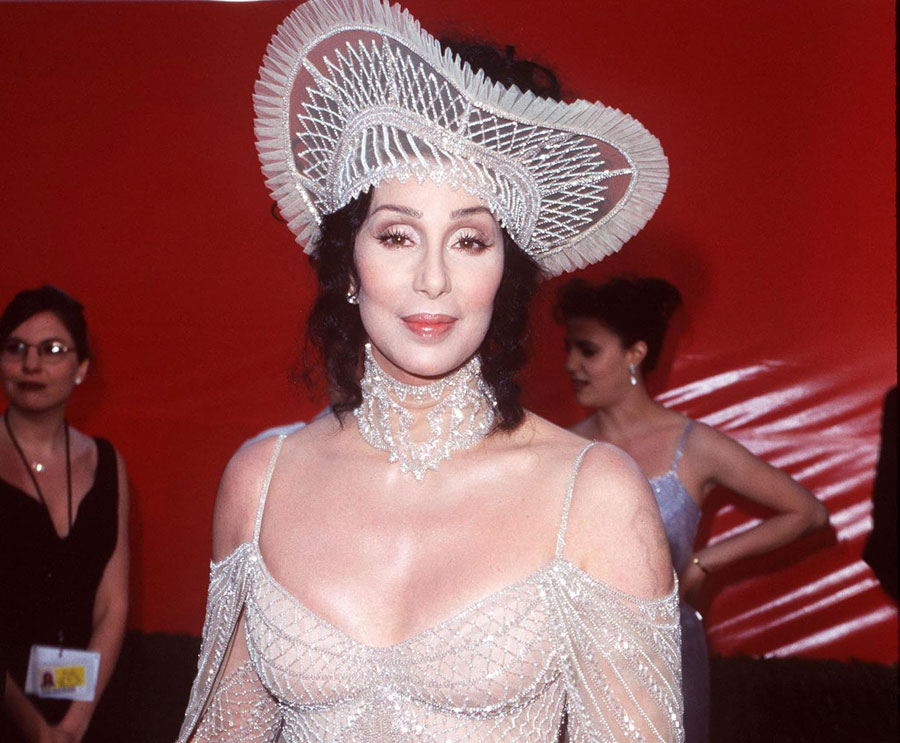 Cher is one of the greatest reinvention stories in popular culture.

Before there was Madonna, there was Cher. And while the Material Girl is often credited with creating the blueprint for pop star reinvention (change your style, change your craft, and change your lover every few years in order to stay fresh in the public’s eye), she was actually preceded by Ms. Cherilyn Sarkisian.

A high school drop out at 16, Cher made her way to LA to chase her dreams of becoming a star. After meeting Sonny Bono (who was working for legendary music producer Phil Spector), she quickly launched a singing career.

The two branched out as a duo, initially calling themselves Caesar and Cher. Together they recorded several tracks and performed on television variety shows, developing a large fan base in the process. As a solo artist, Cher also struck gold with songs like “Bang Bang (My Baby Shot Me Down)” and “You Better Sit Down Kids.”

At the start of the 1970s Sonny and Cher segued to television to host their own variety series, The Sonny and Cher Comedy Hour. The show ran for three years, received 12 Emmy Award nods, and featured their hilarious tit-for-tat banter in between comedy skits. Also notable was Cher’s elaborate and glamorous wardrobe that solidified her as a fashion icon. This was also the era of two signature Cher songs: “Gypsies, Tramps and Thieves” and “Half-Breed.”

After her marriage to Bono ended in divorce, Cher went on to launch a successful film career and starred in movies like Silkwood (alongside acting legend Meryl Streep) and Mask, which earned her the Best Actress Award at Cannes. She later went on to win both an Oscar and a Golden Globe award for her role in Moonstruck.

Outside of her acting accolades, the star drew attention for her provocative outfits and relationships with younger men, most notably Val Kilmer, Eric Stoltz, Tom Cruise, and Richie Sambora from the band Bon Jovi. When she started dating a bagel shop worker 18-years her junior, the press had a field day and dubbed him “bagel boy.”

In the late 80s she returned to the studio and back to her singing roots. This era produced the hits “I Found Someone,” “We All Sleep Alone,” and “If I Could Turn Back Time”—which also spawned a controversial music video in which Cher paraded around in a sheer body stocking and straddled a cannon suggestively.

The 90s brought even more success for the star—while in her 40s. It also cemented her as a sex symbol and controversy-loving performer. She starred in the movie Mermaids, released two fitness videos, and embarked on her Love Hurts tour. In the late 90s she again reinvented her sound, this time turning to the dance clubs for inspiration. The electro-disco beats and empowering lyrics on her hit album, Believe, helped the star reach a whole new audience of fans with the title track reaching number 1 in more than 25 countries.

The Goddess of Pop was back.