Books that made it big (and the writers who wrote them) 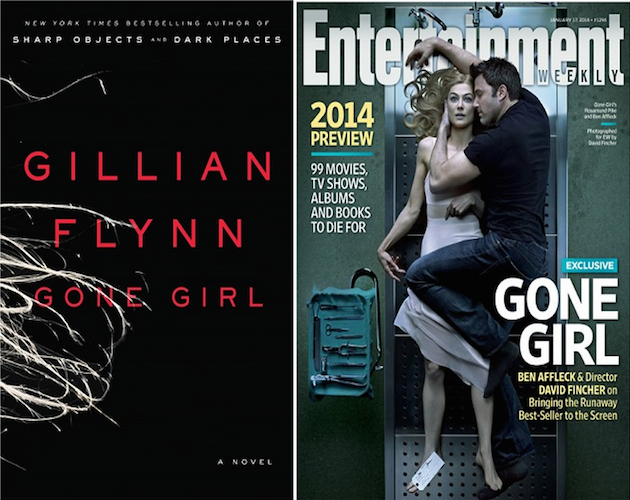 Writing is one of those professions that you just don’t go into for the money. According to a 2014 global survey of more than 9,000 writers, 54% of traditionally published authors and almost 80% of independent writers are earning less than $1,000 a year. Like being a professional chef or an artist or a winemaker… you do it because you love it, you’re good at it, and you just hope people will appreciate your work.

But every now and then, a writer catches a break and suddenly their income shoots through the stratosphere and they become wildly, wildly rich. For some, it’s due to years of prolific production – think Stephen King, Dan Brown and Danielle Steel. For others, such as J.K. Rowling and E.L. James, it’s a case of having the right product at just the right time that vaults them out of obscurity and into author-rockstardom.

So who are some of the writers that are making millions and how did they do it? Let’s check it out…

This October, the movie Gone Girl – starring Ben Affleck and Rosamund Pike, and directed by David Fincher (the director behind The Social Network and Fight Club) – hits the big screen. In 2012, 20th Century Fox agreed to pay author Gillian Flynn $1.5 million to turn her book into a film. They called it one of the biggest deals they had done in years.

Ms. Flynn was a bit of an unknown when Gone Girl was picked up – she had written and published two previous novels that, according to The Wall Street Journal, “got positive reviews and had solid but unspectacular sales.” Gone Girl was her third book and clearly, the third time was the charm. A Hollywood producer read the manuscript before it was even published and shared it with actress Reese Witherspoon. The perky blonde actress loved it and managed to secure a movie deal with 20th Century Fox. Though she humbly gave up the starring role, she has stayed on as a producer.

The secret to success? Get hooked up with a celebrity who will sell your work. (Thank you Reese!)

The Help that keeps on helping

Kathryn Stockett wrote and rewrote her first novel over the course of five years. She spent another three and a half years getting rejected by agents and publishers. She was rejected by no less than 60 literary agents. Sixty. Six-0. This is a woman who perseveres. And her perseverance paid off: Once she finally managed to get an agent (#61) to represent her, she landed a publishing contract and The Help was published in 2009.

But that was only the beginning. The Help was published in 35 countries, in three languages, and was the only novel to sell more than one million hardcover copies in both 2009 and 2010. By 2011, five million copies of the book had been sold, generating some $80 million in sales. Meanwhile, the film was released in 2011 and generated over $70 million in the first two weeks.

The secret to success? Never, never, never give up. Winston Churchill would be proud.

Sometimes, you have to break down to break through. We don’t know who originally said that, but it could have been Elizabeth Gilbert. The New York writer, who had a personal meltdown with the disintegration of her marriage, set out to change her life and in doing so, wrote a memoir that really, really, really changed her life.

Eat Pray Love had a slow start. The hardcover started off on the US bestseller list for a couple of weeks, then fell off, then steadily sold around 1,000 copies a week for about a year. Then the paperback came out and that, as they say, changed everything. By 2010, 9 million copies of the book had sold, generating about $135 million in sales. The film, starring Julia Roberts, generated another $175 million. Then came the merchandise. Everything from t-shirts to tea bags, from jewellery to guided tours of Bali – Eat Pray Love became so much more than a book, so much more than a movie. For millions of middle-aged women, it was a movement.

The Daily Beast calculated that Eat Pray Love became a $350 million franchise. The author only rakes in a small percentage of the profits from all that marketing frou-frou but don’t worry, Ms. Gilbert did very well. According to The Daily Beast, Ms. Gilbert earned at least $10 million in book royalties and another $1 million for film rights. How’s that for making the best of a bad situation?

Writers such as J.K. Rowling and Elizabeth Gilbert are like the one-percenters of the writing world. A British survey published by The Guardian indicated that only 11.5% of professional authors earn their income solely by writing. However, just like any profession, there are successful, full-time writers who don’t earn millions – great writers such as Jhumpa Lahiri, Miriam Toews and Alice Sebold. And there are long-time critically acclaimed writers who might have been able to stash away a million or two over several decades of incredible hard work and prodigious output – writers such as Alice Munro, Margaret Atwood and Michael Ondaatje. In other words, being a writer is not so different from many other professions…

You do it because you’re good at it, you love it, and you trust that the money (even if it’s not millions) will follow.