Can my will be revoked? 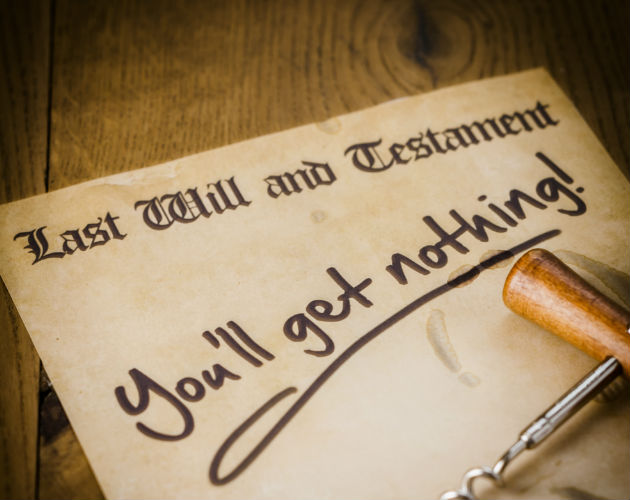 While each province and territory has its own laws governing wills and estates, they are fairly consistent across Canada. Those laws largely protect the will and its testator — the person writing it — and allow very few ways to revoke or invalidate it.

In order to be valid, a will must be:

Some provinces also accept holographic wills, which are written and signed entirely in the testator’s own writing and are valid without a witness. One remarkable example dates from 1948 when a Saskatchewan farmer became trapped under his tractor during a storm and scrawled “In case I die in this mess, I leave all to the wife” on the tractor’s fender.  It was submitted as his holographic will and held up in court.

Be warned, though: because they lack witnesses, a holographic will can be easier to contest. Also, they are not legally recognized in British Columbia, Newfoundland and Labrador, Nova Scotia, and Nunavut.

Military personnel on active duty can also complete an unwitnessed will.

In some areas, a minor’s will is not recognized, but exceptions can apply. In Ontario for example, anyone under 19 can have a valid will if they are or have been married, are a member of the Canadian Forces, or are a sailor currently at sea.

Once a valid will exists, it can still be revoked in several ways.

Creation of a new will: Your most recent will is considered the valid one and it nullifies any previous version.

Marriage and divorce: In most provinces, getting married does revoke your will, unless it contains a declaration acknowledging “contemplation” of marriage.

On the other hand, a divorce will not revoke your will. It may, however, void any bequests made to an ex unless the will or an amendment was made after the divorce to clearly indicate that you want them to receive the gift.

Destruction: If the testator burns, tears, or otherwise destroys the document, or enlists someone else to do it, this is considered a form of revocation.

Destroying or revoking your current will does not revive any previous version and you are considered “intestate” until you create a new one. If you die intestate, the province or territory decides where your assets go.

Unrecognized changes: Changing your will could invalidate it if the change isn’t properly made. Don’t just scribble something out or write a note on the existing document.

On the other hand, these won’t revoke your will:

You can leave your assets to whomever or whatever you please, but dependents may be able to apply for support if you didn’t leave any for them.

To best avoid any contest or fights over your will, discuss it with your family and beneficiaries. The main grounds for effectively contesting a will are if the testator was unduly influenced or at a diminished capacity. You can help prevent this by explaining why you are making the choices you’ve made

Also, review and update your will every few years, or if a life change occurs. If you have a child or buy a house, you should update the will to reflect new beneficiaries and assets.