Absolut: Back to the Source 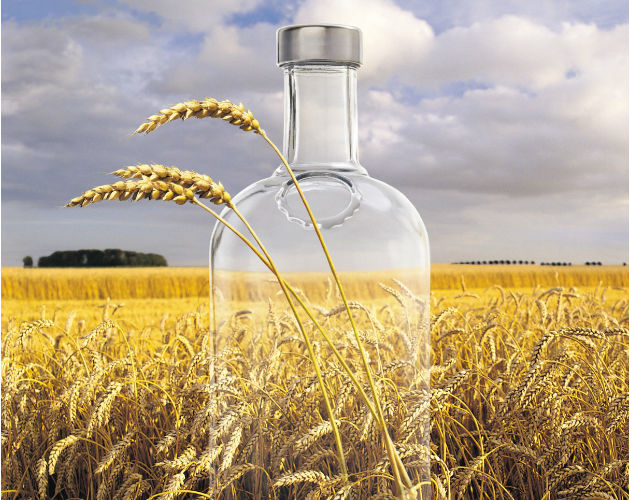 Absolut has been many things. The contents of James Bond’s martini glass and the inspiration for the Cosmopolitan. A catalyst for New York’s cocktail scene in the late 1980s and party fuel for the most influential contemporary artists of the millennia. A designer fashion accessory and a canvas for high profile creative collaboration. A pilaster of modern mixology and the subject of one of the most enduringspirits ad campaigns of all time. More than any other vodka, Absolut has lived a full life in the limelight.

But the real story of the world’s most iconic vodka begins in the sleepy medieval town of Åhus, located on the east coast of Skåne, Sweden’s sparsely populated southernmost county and the birthplace of Lars Olsson Smith, who created Absolut in 1879.

Expanses of fertile earth and plentiful pure water sources work with the region’s distinctive seasons – warm summers and cool winters – to create the ideal climate for growing winter wheat, the fundamental ingredient in Absolut vodka. Everything required to make Absolut, every soft blade of wheat and trickle of well water, hails from this region. Not only is it made in a single place from entirely local ingredients, but most of the farmers and suppliers who work with Absolut are also based in and around Åhus. From this One Source springs an authentic expression of Swedish spirit.

Sweden’s vodka-making heritage dates back 500 years, generations before young Lars Olsson Smith ever dreamed about starting his own spirits company. But it was Smith’s progressive vision that helped set vodka on the path to becoming a premium spirit. Before Absolut, vodka was the opposite of the sleek, subtle spirit familiar to modern drinkers. Roughly distilled three or four times, it was harsh and clunky – essentially, liquid fire. Smith’s ingenious solution, using the fractional distillation process to produce an extraordinarily clean vodka, soon built a superlative reputation for his burgeoning brand, then known as Absolut Rent Brännvin or Absolut Pure Vodka.

Throughout its evolution and cultural accolades, the dedicated craftsmanship and purity central to Absolut have never been lost on the wild ride. A lot of heart and hard work goes into keeping things simple at Absolut, and it all goes back to one source.