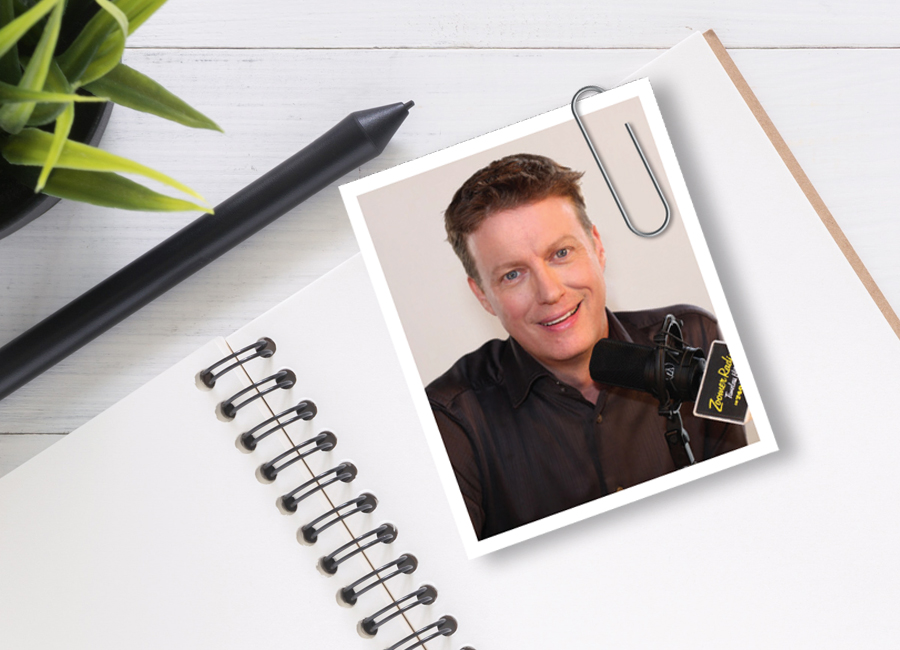 How Zoomers know you:  From nearly 40 years on TV and radio, including The Happy Gang morning show on Zoomer Radio in Toronto.

Had you ever considered pre-planning your funeral?  Never for a second, beyond the paragraph in Seven Habits where it talks about what people will say about me.

Who did you meet with?  Michelle Methven from Rosar-Morrison Funeral Home

What kind of event did you plan?  Honestly, we planned a terrific party that I wish I’d be able to go to myself.  My whole life has been about great music, great fun and great food.  So some kind of sullen, maudlin entombment would have gone against everything I’ve always represented. Michelle picked up on that immediately.

How did you feel the experience?  It took me about ten seconds with Michelle to realize that this is the last party I get to throw – after that, we spent most of the time giggling and saying, “How cool would it be if we could do THIS” about idea after idea.

Did you learn something new about yourself?  That there are plenty of ways for me to be connected to happy memories that don’t have to lead to tears once I’m gone.

What struck you most about the experience?  Most of the funerals I’ve been to – which were planned unexpectedly and hastily by grief-stricken relatives – made me sad.  Instead, thanks to Michelle, people will be able to walk out of my funeral thinking about what a great time they had.

Would you recommend pre-planning your funeral?  Recommend it?  I can’t imagine anything worse to do to my wife than for someone to go to her in the middle of her grief and say, “Okay, let’s plan an event.”  We have trouble deciding what to have for dinner most nights – and now she’s going to sort out a million details for my final farewell?  I love her too much to do that to her.