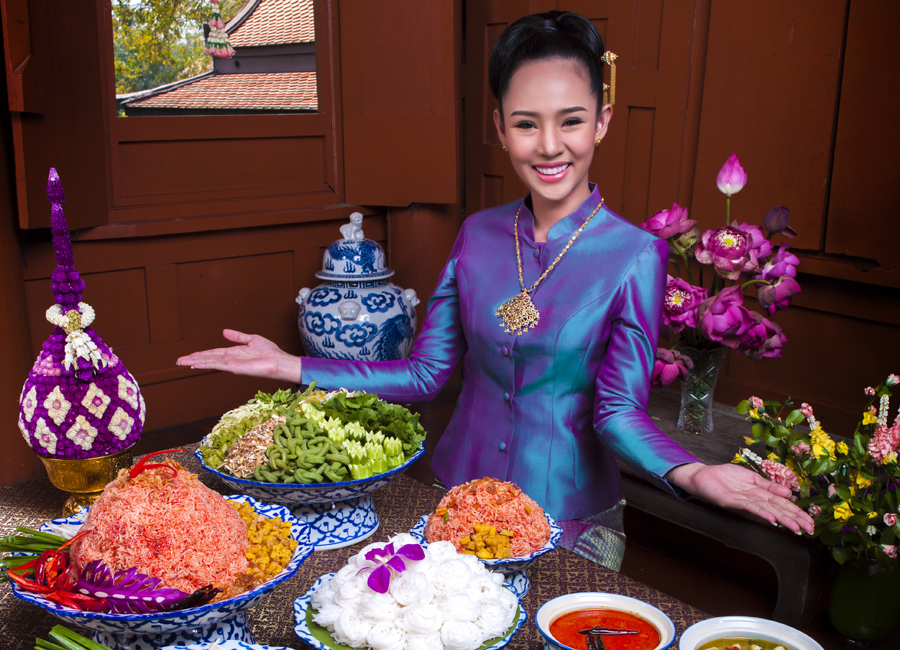 Discover the Land of Smiles with Goway Travel’s amazing Thailand foodie travel packages! Over the years, so much has been written about Thai cuisine and for very good reason. Considered not only one of the tastiest cuisines in the world, its unique combination of flavours, sour, sweet, salty and bitter, make Thailand the ultimate foodie paradise. For many visitors, Thailand’s culinary scene is one of the main reasons for choosing Thailand for their next vacation spot. Food experiences span the entire spectrum from local street food to Michelin-star dining. Before we feature some of Thailand’s culinary experiences, here are some useful tips:

Whether dining at home or in a restaurant, Thai meals are always served family-style. Sharing communal dishes is common and Thai people place great attention on dining etiquette which requires diners to be refined and gentle in their manner as they eat, and share dishes with friends and family. When serving yourself, place no more than one spoonful on your dish at a time.  Filling your dish ‘western-style’ is frowned upon. Thai’s use a fork and a spoon for eating; knives are not generally included with place settings and chopsticks are commonly used only for noodles.

Street stalls can be found everywhere in the country open at virtually any time of day or night. Thai street food has a wide range of tasty offerings and a chance for a quick education of regional favourites. Visitors can quickly get acclimated to various choices on offer by first experiencing Bangkok’s vibrant and diverse street food scene.  If you like ‘spicy’–be forewarned, ‘Thai spicy’ will forever change your definition of hot.  You know it’s hot when locals discourage tasting some dishes.  If you want to play it safe, order no spice and add the chilis after. Choose venues or street enclaves patronized by local Thais. Some of the popular spots include Yaowarat, Silom Road, Bangrak, Khao San Road and the Banglumphu area.

Cooking Schools:  Becoming street wise often helps make it easier to learn how to cook Thai food. It is wise to focus on a specific regional cuisine as most cooking schools offer classes focusing on food found in the region where they’re based.

Over several decades, Thai cooking schools have promoted the national cuisine, both in Thailand and overseas. You are just as likely to find cooking classes and Thai food specialty markets in Toronto and Vancouver now as you are in Bangkok. This infrastructure plays an important role in educating foreigners on how to best enjoy Thai cuisine, in addition to enticing visitors to learn how to cook it at home to eat with family and friends. These awards made Thailand the second country in Southeast Asia and the sixth in Asia to have its own Michelin Guide.

Following the debut of this Bangkok Michelin guide, the little red guide has announced that its star ratings will be extended to cover best dining venues in the Southern provinces of Phuket and Phang Nga for its second edition-The 2019 edition that is scheduled to be released at the end of this year and will further highlight Thailand’s remarkable food culture.

Are you ready for a culinary experience of a lifetime?  To find out more, click here:  https://www.goway.com/trip/asia/classic-thailand-foodies-incl-airfare/