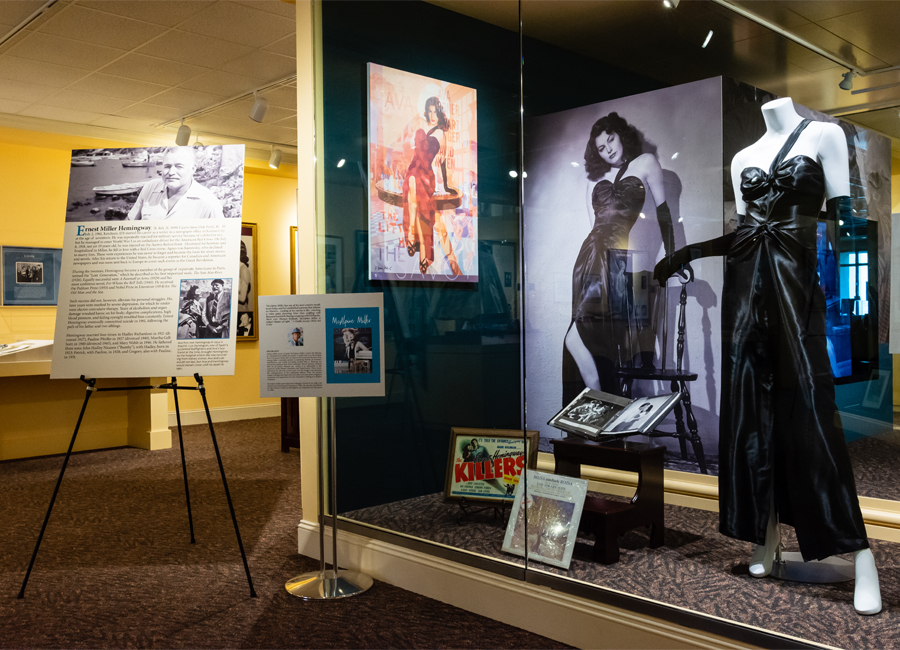 Travelers going up and down the I-95 corridor are driving right past a real hidden gem just a few miles off Exit 95 in Smithfield, NC. The Ava Gardner Museum in Downtown Smithfield is a well-curated collection of scripts, costumes, letters, personal effects, and mementos that tell the story of the area’s most famous local. Ava Gardner is still considered by many to be the most beautiful star to ever work in Hollywood. At heart though she was a country girl, born to humble beginnings in rural eastern North Carolina. For decades her museum has worked to continue to honor her legacy and share her story with fans around the world. But the complexity of the “real” Ava – movie star, wife, friend and advocate for civil rights – is a story that truly has not been told. Until now. The new “Ava: My Real Story” exhibit will use a new photo/video essay-style design to show visitors who Ava Gardner was as a person, not just a movie star.  For as glamorous as she was to the world, Ava’s personal side was something known well by close friends and family. She was involved in many causes in Hollywood; early on she worked to promote War Bonds in 1942 as a young bride traveling the country with husband Mickey Rooney.  Later as she traveled with Artie Shaw’s band, she would rebel against clubs that refused to let her friend Lena Horne or her personal assistant Rene Jordan enter.

These stories and more will be shared in the new exhibit which will open on Friday, May 31st.  The museum will host an opening night themed cocktail party to unveil the exhibit, 7pm-9:30pm, that will also kick-off the Ava Gardner Festival, which triumphantly returns this year!

Lynell Seabold, Director of the museum commented on the exhibit and return of the festival, “The Ava Gardner Museum is very excited to bring this new and relevant side of Ava to fans and visitors with a brand new, dynamic, and modern exhibit. What a better way to debut this new exhibit than with the return of the Ava Gardner Festival; an annual and much-beloved event last held in 2014. We are excited to announce it will be making a come-back!” The Return of a Festival

The Ava Gardner Museum will host the Ava Gardner Festival the weekend of May 31-June 1, 2019 at the museum and Ava’s home town of Smithfield, NC. On Saturday, June 1st, the museum will hold a free screening of the movie, “The Barefoot Contessa”, which many critics say most closely aligns with Ava’s own “from-rags-to-riches” life story.  In addition, the museum will offer a heritage tour to sites related to Ava’s hometown, including her birthplace, the Teacherage where her mother Mollie was the caretaker for the Johnston County School system, the Little Brown Jug which her brother Jack built, and Sunset Memorial Gardens where Ava’s grave site is located.

Regular museum admission will be honored all weekend, with special ticket prices for the opening night reception and heritage tours to be announced soon. Area hotels are offering special rates for visitors traveling to Smithfield for the weekend, which may be found on the Johnston County Visitors Bureau website; for planning purposes visit johnstoncountync.org/ava-gardner-festival for details.