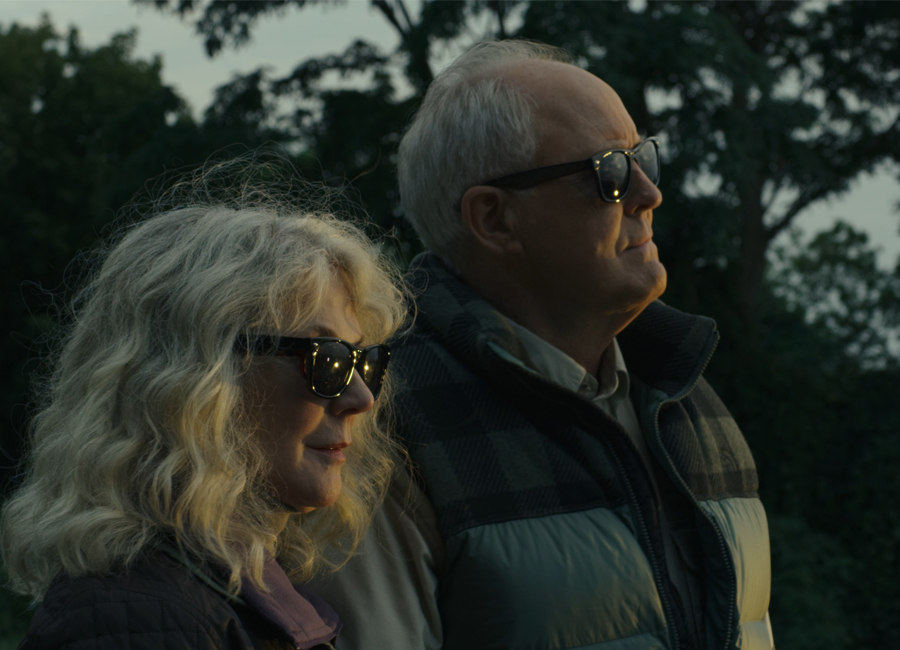 Blythe Danner and John Lithgow star in The Tomorrow Man, a story about two very lonely people connecting, and their winning chemistry on-screen proves that there are no age limits to finding love. The film opens in select theatres on June 7th, before expanding to theatres across Canada.

Lithgow plays Ed Hemsler, a doomsday “prepper” who spends his life preparing for a disaster that may never come, and Danner is Ronnie Meisner, a hoarder who spends her life shopping for things she may never use. This wise, offbeat and imaginative look at two senior citizens confronting an unexpected new chapter in their lives showcases both actors as masters of their craft.

After reading the script, Lithgow signed on to the film right away. He said “I thought Ed and Ronnie were an unlikely, wonderful combination of people and a great starting point for a love story. Not to mention the fact that it’s two older people. Because you don’t often in movies see older people fall in and out of love and work out complicated problems and press on.”

Danner noted that “Ed and Ronnie are both heading, obviously, towards the end of their lives, and the fact that they find each other is a saving grace, having lived in this loneliness.” She continues, “I’m always astonished to see the statistic that loneliness is one of the largest maladies in our country, not only among older people but among young people too, who may also be alienated by looking at what’s going on in their phones and not in their lives.”

The other thing that drew both actors to the film was that in their long and varied careers they have, somewhat surprisingly, never worked with each other before. “I was dying to work with John and this seemed perfect” Danner said. “It is a romance, we’re both in our seventies, and we’re both playing fascinating, eccentric characters.”

Maybe it’s a date night, or just a night out with friends, but either way you should head to the theatre this weekend to see these incredible actors in The Tomorrow Man.