Your Help Means Kids Like Jan Get to Be Just That: Kids 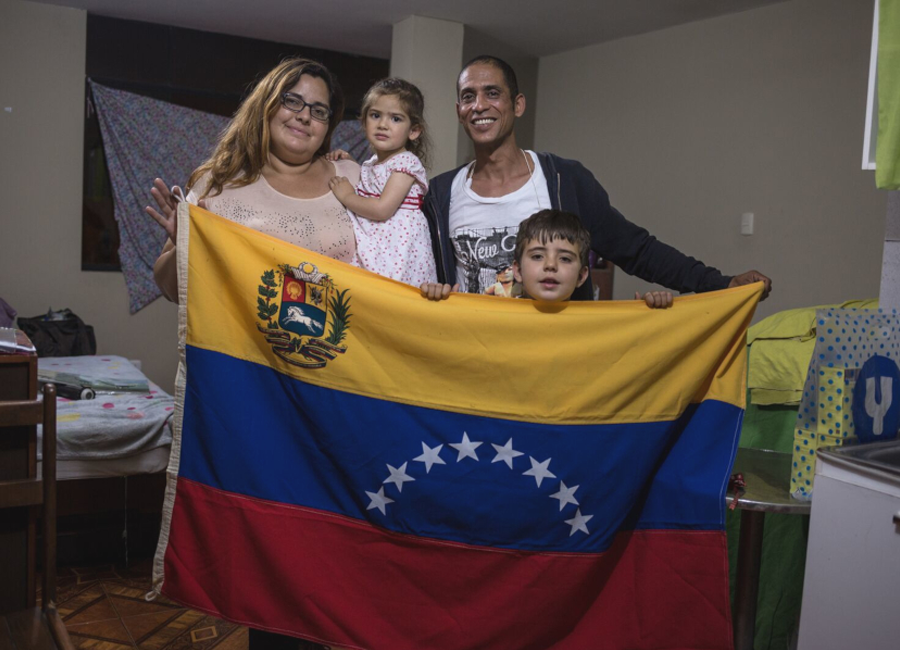 Jan, 7-years-old, says he’s certain that if his parents had not decided to flee Venezuela, he would never have had such an exciting life. “I’ve travelled across four countries, snuck through the jungle, seen amazing landscapes and even felt the earth roar,” he says.

It all started when the food shortages began in Venezuela. Samanta, Jan’s mother, was working in their family’s store when it was looted. Jan was sleeping upstairs.

Samanta suffered through a brutal attack but prevented the looters from reaching her son. Afterwards, she climbed the steps to the bedroom. Jan, who was 3 at the time, asked her what had happened, wide-eyed. Not wanting to alarm him, she replied with a laugh, “I played cops and robbers with the neighbours.”

They closed the family shop and sold their possessions at a loss. With just $1,000 to their name, they fled the country.

“We had to give my three puppies away,” says Jan, “because my mum said they couldn’t join us on our adventure.”

Samanta, Jan and her husband Marwin managed to cross into Colombia through the jungle.

The mother-son duo travelled on foot, playing hide and seek so the militias along the border wouldn’t find them – “they ask you for money or death,” Samanta explains. Marwin crossed the river in a canoe so that he could transport their suitcases as discreetly as possible.

Once across the border, the family joined the increasing number of Venezuelans in exile, which according to the UN Refugee Agency, is around three million.  After another 50 hours on the road, they made it to Ecuador.

“This is the largest migratory movement in the continent’s recent history,” says América Arias, director of the NGO Action Against Hunger in Peru. “Action Against Hunger helps families like Jan’s to ensure they receive the nutritional support they need during times of hardship.”

Jan spent the trip admiring the changing landscapes from the van. “To keep his spirits up, we told him that he needed to stay strong to win a prize that awaited him at the end of the trip,” explains Samanta. Above all else, they wanted to make the experience as painless as possible for their child. “That’s why we turned the tragedy into a game,” explains Samanta.

Through it all, Jan’s parents managed the impossible: Not only did they protect their son, they safeguarded something you can never get back once lost — his childhood. Jan lost everything, including his three puppies, but he never lost hope.

They settled down on the Ecuadorian coast. Jan’s reward was a little sister: Amelie. But the joy was short lived. A month later, the earth shook.

“We were walking down the street when the world turned upside down – the asphalt moved like the waves of the sea and the buildings started to fall down like in the Transformers film,” describes Jan. Their home was destroyed and they had to abandon it. They were back at square one.

Their new home in Peru is but one room: two beds that fill half of the room, and in the other half, a wooden table. It’s on this table that Samanta serves their daily meal: white rice with potato skins and salt. Despite the obstacles, they try to see the positive side of the adventure on which they have embarked. Jan is certain: “We are winning because we don’t give up.”

“We hope you won’t give up on Jan either,” says Danny Glenwright, executive director of Action Against Hunger Canada. Glenwright adds, “By making a donation, you’re providing vital support and food to a vulnerable and hungry child like Jan, but most of all, you’re giving the gift of hope. Will you help us, in honour of Jan?”