More Than a Bad Cold: The Burden of Flu in Seniors 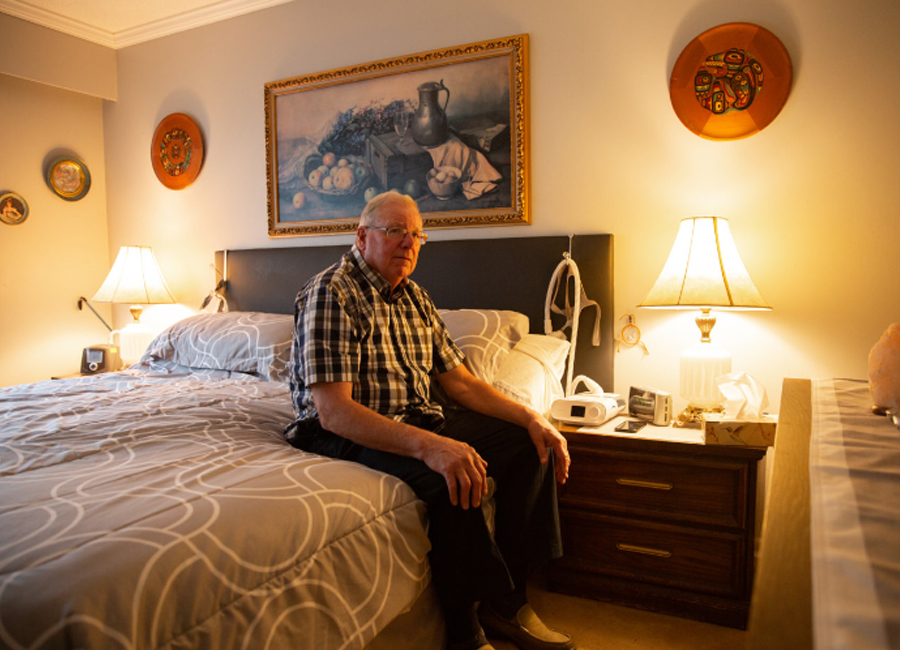 When Larry Sharpe embarked on a family vacation with his wife, children and five grandchildren to Hawaii, he never thought he would end up in the hospital.

Larry was a picture of health before contracting the flu in March 2019. The fit and active 74-year-old North Delta, BC, resident, and his wife, Ronnie, had been looking forward to two weeks in Maui swimming, surfing and spending time with family. Only a few days into the trip, Larry began to feel unwell – a sore back, cold-like symptoms and eventually debilitating fatigue. After three days of worsening symptoms, Larry’s family rushed him to the hospital.

When a series of tests confirmed Larry had Influenza A and pneumonia, Larry and Ronnie’s life changed forever. Larry was admitted to an isolation ward where, to his shock, he was asked if he wanted to see a chaplain and whether he had his affairs in order. This was the first time the family realized how serious Larry’s illness was, and that he might never make it home again.

“It was at that point I think the kids realized they almost lost Dad,” said Larry. “Life certainly wasn’t normal for a long time. I had no energy, I had lost a lot of muscle mass. There was no way I could consider going back to work at that time.” The seasonal flu can also put seniors at risk of losing their independence. For Larry, this meant being unable to return to work full-time for two months or do the things he loved most. Due to the natural weakening of our immune systems as we age, adults 65 and older have lower responses to infections, greater susceptibility to the flu, and are at high risk for complications or hospitalization if they do get the flu. Despite previously being healthy, Larry’s age still made him vulnerable and at risk of flu and flu-related complications.

After spending four nights in an isolation ward, Larry was finally able to leave the hospital, but the road to recovery has been a long process. “We would never have imagined how devastating and even fatal the flu can be for seniors, even for people like us who are active and have a healthy lifestyle,” said Ronnie. “He’s still improving, but he’s not a hundred percent even yet.”

Larry is one of 12,200 people hospitalized for influenza-related illnesses every year in Canada, with seniors accounting for almost 70% of this number.

The good news is the flu vaccine may reduce the severity of infections and prevent hospitalizations. There are now flu vaccines designed specifically for seniors, which are more effective in those over 65 than the standard dose flu vaccine.  Ask your doctor about the flu vaccine that is recommended for you.