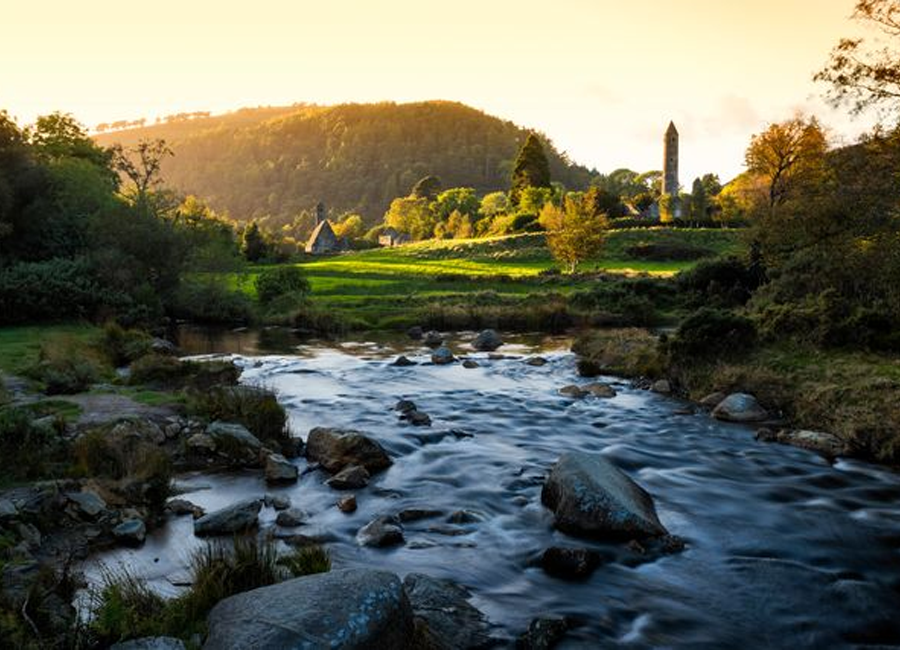 The Glendalough Valley is one of the most beautiful corners of the whole country and the epitome of Ireland’s rugged, romantic landscape. It was carved out by glaciers during the Ice Age and the two lakes, from which Glendalough gets its name, were formed when the ice eventually thawed. The Valley is home to one of Ireland’s most impressive monastic sites founded by St. Kevin in the 6th Century. It is, despite its immense popularity, a deeply tranquil and spiritual place. Built over 800 years ago, few buildings in Ireland can lay claim to a longer history of continuous occupation. The Castle’s interiors today capture the nineteenth-century lifestyle of the Butlers of Ormonde, while the architectural elements of the building and its historic landscaped parkland reflect a more varied history that spans the castles 800 years. Locals, who cheerfully refer to Cork City as the ‘real capital of Ireland’. The city is a perfect mix of new and traditional, with snug pubs with live-music sessions, artisan coffee bars, restaurants dishing up top-quality local produce, and a genuinely proud welcome from the locals. One of Europe’s best-preserved star-shaped artillery forts, it was built in the 1670s to guard Kinsale Harbour, and was in use until 1921. You’ll fall in the love with both its spectcular views, and the ruins inside the walls which makes for fascinating wandering. One of Ireland’s most picturesque towns, Kinsale is known for its beautiful waterfront, brightly coloured shops and homes, and most notably the food. Hailed as the gourmet capital of Ireland, we will be embarking on a fabulous foodie tour of this scenic town to try everything it has to offer. The tour brings you on a gentle stroll which wends its way through this colourful town. We will stop at various eateries in Kinsale and meet some of the local characters and producers. These people are passionate about their culinary creations and you will learn their stories and more of the history of this unique part of Ireland. Longueville House is a stunning 300 year old listed Georgian Country House hidden in the heart of a 450 acre wooded estate, and is steepd in history and packed with character. Here you’ll learn about the process of making their award-winning cider, and with the entire production happening on site you could say the apple doesn’t fall far from the tree! Touring with a guide you’ll hear the behind-the-scenes story: stealing the show are the stallions whose racing track records enable them to command gigantic fees to cover mares. Maybe the hours-old foal you see (most are born between February and May) is destined to win the Epsom or Irish Derby.

For more details on tour inclusions and how to book a spot on Ireland’s Ancient East (there are only 16 per departure!) visit the full itinerary here.