San Antonio: A Unique Blend of History, Art and Culture 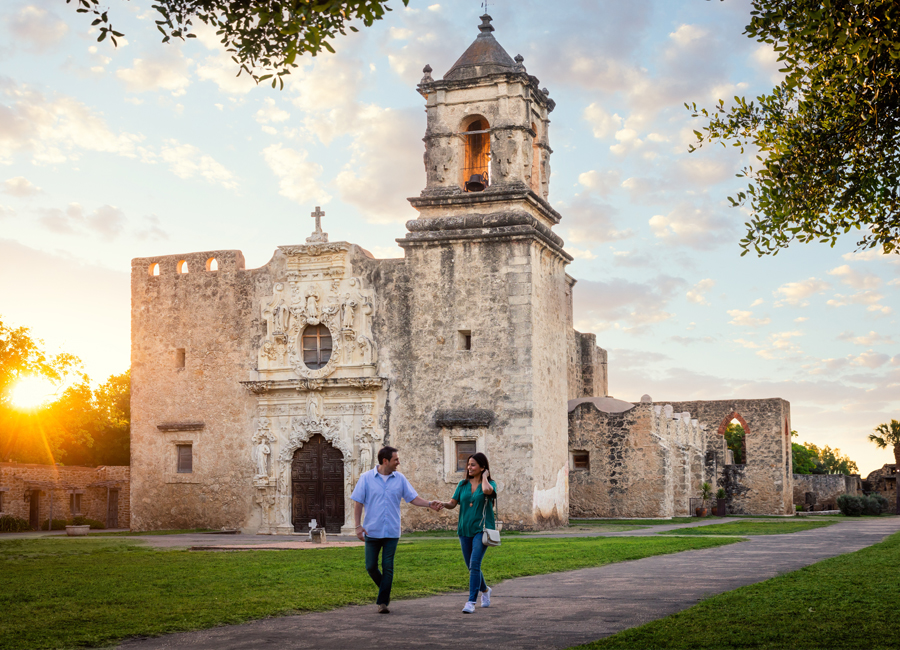 There are five eighteenth-century Spanish Colonial missions which are beloved cultural focal points for the city. The San Antonio de Valero (the Alamo), Concepción, San Jose, San Juan, and Espada have been designated as a United Nations Educational, Scientific and Cultural Organization (UNESCO) World Heritage Site. The largest collection of Spanish colonial missions in the United States, each one is linked to the heart of the city through the River Walk Mission Reach expansion. In fact, you can hike, bike, float, and stroll the famed River Walk, which now extends for 15 miles, with lovely hotels and restaurants lining the banks.

All of this cultural and artistic exploration is best done on a full stomach. Fortunately, UNESCO has also designated San Antonio as a Creative City of Gastronomy, only the second city in the United States to receive the honor. This is due in no small part to the rich culinary heritage that has infused the local food movement – with an enthusiasm for innovation. A new generation of culinary tastemakers in San Antonio are evolving traditional dishes into something decidedly different: Tex-Next. Creativity doesn’t stop with food. Our city is home to The Culinary Institute of America, San Antonio where you can stop in and have a bite at their student-staffed restaurant, Savor. The city has also attracted worldwide attention for a whole set of inventive craft breweries and local distilleries specializing in brandy, whiskey, vodka, and gin.

San Antonio is a city with tremendous diversity in its ever-expanding arts and culture scene. Consider, for example, the fascinating juxtaposition of two of the city’s newest museums: Ruby City and the Briscoe Western Art Museum. Ruby City is filled with stunning exhibits in a building that is itself an architectural masterpiece created by world renowned architect, David Adjaye. This modern museum has works derived from the private collection of Linda Pace, the late contemporary art philanthropist. The Briscoe, located along the River Walk, captures the incredible art, history, and culture of the American West. These institutions join a wide range of dynamic museums that have been part of the city for over a century. The McNay Art Museum is featuring the What You See is What You See, an exhibit of Minimalist and Conceptual works, some of which have never been shown before. The Witte Museum is a natural history museum where nature, science, and culture come to life through extraordinary interactive exhibits including the Naylor Family Dinosaur Exhibit.

The San Antonio Museum of Art (SAMA) bridges the present with the region’s cultural past, housing a collection with five thousand years of art in a complex of buildings that once housed the Lone Star Brewery. The Nelson A. Rockefeller Latin American art wing of SAMA spans the ages from the ancient Americas to the present and includes an outstanding collection of folk art.

This city’s appreciation for artists and their works has never been more evident than the remarkable city-wide exhibit of the work of artist and sculptor Sebastian. The exhibit, Sebastian in San Antonio: 50+ Years / 20+ Sites / 100+ Works, starts with arguably the city’s most iconic artwork – the 20-meter tall abstract sculpture, the Torch of Friendship, located just one block away from the historic Alamo. Institutions and public spaces around the city feature a retrospective of Sebastian’s abstract sculptures and art through May of 2020.

Take time to explore the unique, diverse, and immersive arts and culture in San Antonio, where there is always more to discover.