What are the Differences Between the Hawaiian Islands? 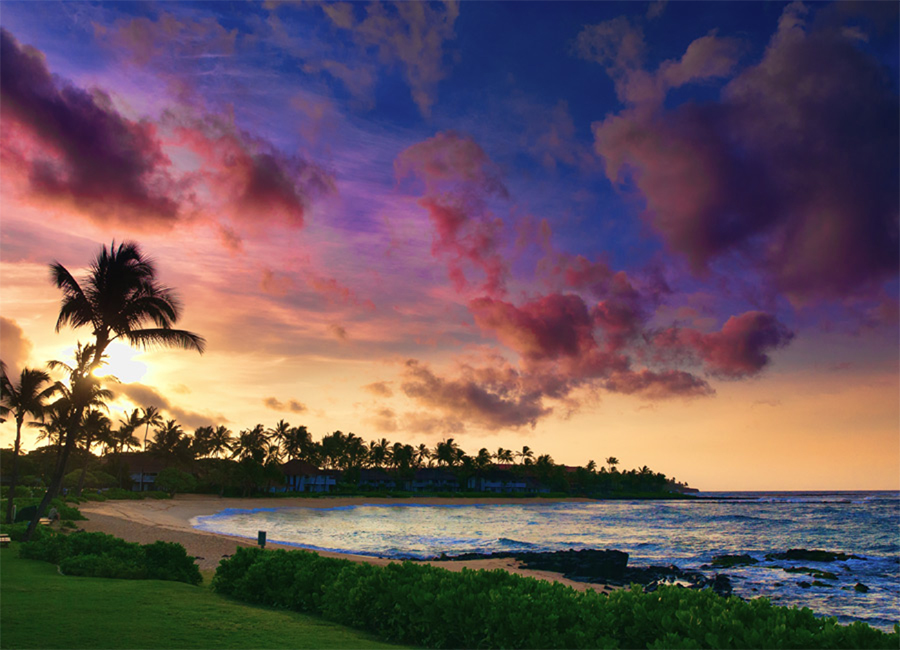 While the Hawaiian Islands all have plenty in common, they each have their own personality, must-see sites, and Aloha Spirit. What makes each of the four major Hawaiian islands, Oahu, Kauai, Maui, and the Big Island unique? The most developed of Hawaii’s islands and home to 80 percent of the state’s population, Oahu is known as “The Gathering Place.” It is the hub where everyone and everything comes together, the one island that enjoys all of the Mainland’s conveniences while still retaining that irresistible Aloha spirit. Oahu is home to Hawaii’s capital city of Honolulu, by far the largest city in the state.

Outside of the hustle and bustle of Honolulu, Oahu has just as much to offer. Sun worshippers will love its more than 125 beaches, including the world-famous Waikiki. The North Shore attracts the world’s best surfers to its legendary waves; When the swell comes in, you can watch pros right from the sand. For visitors interested in American history, the Pearl Harbor National Memorial is an incredibly moving site. The one thing you can’t do on Oahu is become bored. You can find rainforests, colleges and universities, world-class museums, and an impressive variety of food right here on the 600-square-mile “gathering place.” The big Island of Hawaii is the largest in the state. At 4,000 square miles, it actually dwarfs all the other islands put together. It is also the most ecologically diverse. The elevation goes from sea level at the warm black sand beaches frequented by sea turtles, all the way to 4,200 meters at the volcanic peak of Mauna Kea. It contains more than half of the planet’s 14 climate zones. Because there are so few places in the world to actually see a volcano, Hawaii Volcanoes National Park is the most visited site on the whole island. The park allows an up close—but not too close—view of Mauna Loa and Kīlauea, whose lava you can often watch flow into the ocean in a spectacular and steamy display of nature’s might. Kauai gets over 460 inches of rain each year, which keeps it remarkably green and more than deserving of the nickname, “The Garden Isle.” 97 percent of Kauai is undeveloped, keeping it the quietest and most peaceful of all the islands. Revel in Kauai’s tranquility and be sure to enjoy the iconic Na Pali Coast and Waimea Canyon, nicknamed the “Grand Canyon of the Pacific.” Nicknamed the “Valley Isle” because it is cut with a deep canyon between the volcanic Mt. Haleakala and the West Maui Mountains, Maui is the ultimate place to get away from it all without sacrificing anything. It has some of the finest golfing and resorts in the world, but never gets too crowded to get a great tee time. You can also enjoy historic fishing towns like Lahaina, Kona’s coffee plantations, and the waterfall-heavy scenic drive known as the Road to Hana. Finally, Maui has some of the best beaches in the state. Kaanapali Beach is the most famous, thanks to its perpetually calm, crystal clear waters. If you go to Kaanapali between December and April, you might even see migrating whales breach right in front of the shore!

You can experience the best of all four of Hawaii’s major islands on a guided tour with YMT Vacations. Visit ymtvacations.com or call (888) 817-5482 to book. CARP members save $100 on any tour.