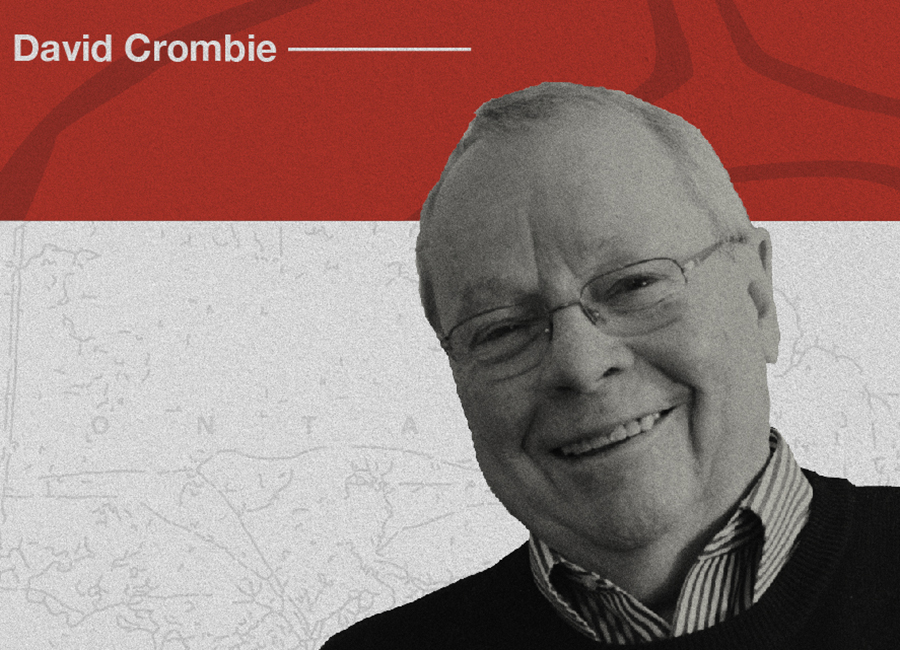 While many people immediately think of John Graves Simcoe when it comes to the founding of our hometown, there’s much more history to mine.

Join Myseum of Toronto from 1-2:30pm on October 15th for, “In Conversation with Duke Redbird and David Crombie.” This intimate online chat between two Toronto icons and longtime friends, will take attendees on a historic journey that includes personal observations, anecdotes, and their wealth of knowledge when it comes to Indigenous-Settler relations.

David Crombie’s wealth of Toronto knowledge and love for the city is as deep as his resume. Known to many as the, “tiny perfect Mayor” and a man who even has a city park named after him, Crombie has served as Mayor of Toronto (1972-1978), Member of Parliament (1978-1988), and a federal cabinet minister.

Former Mayor Crombie continues to contribute to the fabric of Toronto serving as Chair of Ontario Place, founding Chair of the Waterfront Regeneration Trust, Chancellor of Ryerson University and Chair of the Toronto Lands Corporation. From a young age Elder Duke Redbird has worked in many different mediums to bring awareness to Indigenous culture and history.

Working as an established Indigenous intellectual, poet, painter, broadcaster, filmmaker and keynote speaker, he brings his breadth of cultural knowledge and artistic practice to the benefit of a global audience.

He works as a multifaceted artist, practicing across a number of disciplines including literature, painting, theatre, cinema and most recently rap poetry. A well-known Canadian broadcaster and television personality, Dr. Redbird has published and performed poetry readings, theatrical productions, video and film, both locally and internationally.

Since 2014, Dr. Redbird has been the Indigenous Arts Consultant for the Toronto District School Board (TDSB) and is the Artist in Residence at the Urban Indigenous Education Centre.

About Myseum of Toronto

Myseum is your Toronto museum. Their engaging programs and experiences showcase the history, spaces, culture(s), architecture, and the people, that represent Toronto’s unique place in the world.

To learn more and register for this conversation visit myseumoftoronto.com