Is It IPF? Don’t Delay Talking to Your Doctor 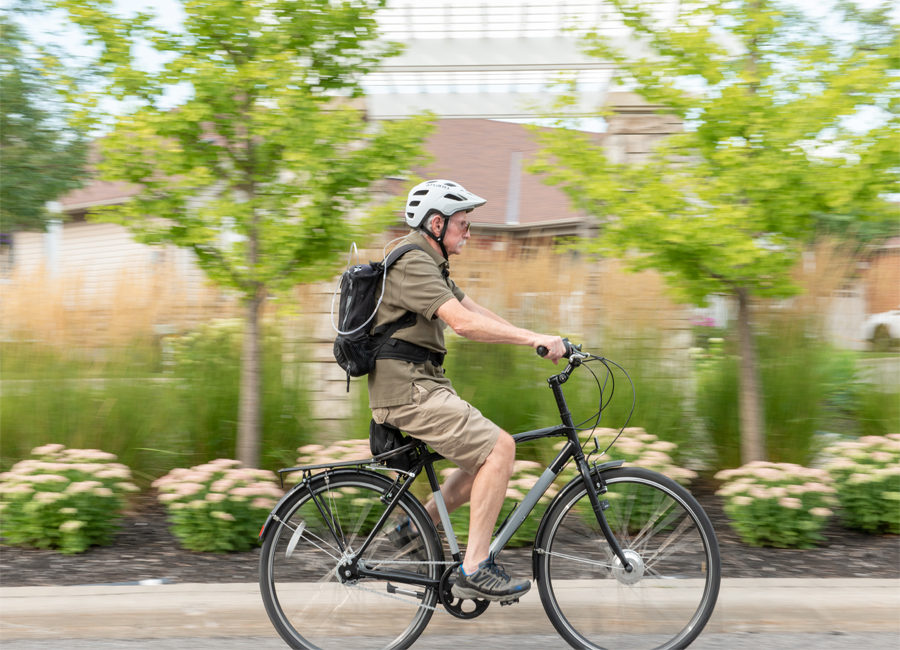 In the fall of 2017, Larry Bunce of Coburg, Ontario, was diagnosed with pneumonia. After taking antibiotics, his health hadn’t recovered, initiating a series of medical tests. Finally, more than a year later, in December 2018, his respirologist confirmed he had idiopathic pulmonary fibrosis (IPF).

IPF is a chronic, debilitating condition that causes irreversible scarring of the lungs that worsens over time and makes everyday tasks more challenging. 1 Symptoms can include shortness of breath and a dry, hacking cough.2

Now 71, Larry is one of 14,000 Canadians living with IPF. 3 An avid lover of the outdoors, Larry has always been active, whether biking, hiking, canoeing or even taking care of bees!

“I was fortunate that through investigating my pneumonia, my IPF was diagnosed. I obviously had it for a long time and had probably been ignoring the symptoms. Part of it is a guy thing – many guys just don’t talk to their doctor to the extent that they probably should.”

This is all too common for IPF patients. According to a recent survey conducted by the Canadian Pulmonary Fibrosis Foundation (CPFF), it takes an average of two years from the onset of symptoms for a patient to be diagnosed with IPF. 4 Some people may be symptomatic for more than five years 5 before receiving the correct diagnosis, as they are often initially misdiagnosed.6

While there is no cure for IPF, treatments may help slow the progression of the disease. 7

“By the time symptoms appear, scarring of the lung has already begun, so it’s critical to have your symptoms assessed at their onset” says Dr. Nooreen Mann, Respirologist and IPF expert at Trillium Health Partners in Mississauga, Ontario.  “While treatments don’t reverse the damage that’s done, they do help to slow down progression of the disease and preserve lung function.”

Still a very active person, Larry keeps up with the activities he loves, though he carefully monitors his oxygen levels. “Normally I would be out doing a lot more, but ultimately I’m still able to do the things I want to do, I just do them in a different way.”

Larry wants Canadians to know one thing: “Don’t delay talking to your doctor. I’m optimistic because I’m addressing my IPF.”

To learn more about IPF and how you can take action, including a guide to talking to your doctor, visit FightIPF.ca.