How Can We Tame Cancer’s Biggest Killer? 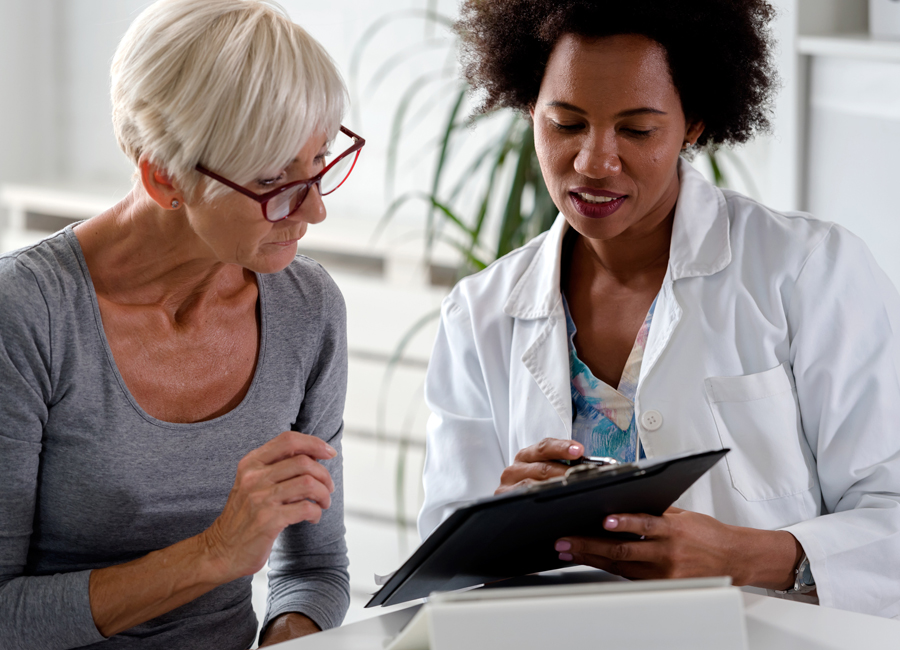 Do you know which type of cancer is the most deadly for Canadians? If you answered colorectal, pancreatic or breast cancer, you’re close but wrong – those are the second, third and fourth most deadly1.

In fact, about 21,000 Canadians will die of lung cancer this year, more than from all three of those other top cancer killers combined (9,500 for colorectal, 5,200 for pancreatic and 5,100 for breast cancer). More Canadians will also be diagnosed with lung cancer than any other type, about 29,800 in 20202.

One of the big problems with lung cancer is that, compared to many other cancers, it is too often diagnosed only when it is quite advanced, often at stage 4. This is the most serious stage, meaning that the cancer has already spread elsewhere in the body and it is therefore much harder to treat and generally considered incurable. Half of diagnosed lung cancer cases in Canada are diagnosed at stage 43.For one type, small cell lung cancer, two-thirds of cases are diagnosed at that most advanced stage.4

An important reason for the late diagnosis of lung cancer is that screening and testing programs are not as widespread as they are for other cancers, such as colorectal cancer, for which people are urged to have colonoscopies or other screening tests as they get older. Similarly, for breast cancer, active screening programs with mammograms are widely available to women and they are able to conduct breast self-exams.

For lung cancer, however, there is no self-exam possible and there is no population-based screening program in Canada, though recommendations have been developed for people at high risk of lung cancer to be screened regularly with low-dose computed tomography (CT) scans to find cancer at an early stage5.

In September 2020, however, British Columbia announced it would be the first jurisdiction in Canada to offer such lung cancer screening to adults age 55 to 74 who are at high risk because they currently smoke or have a significant smoking history. The province expects the first scans to be done by spring 2022. In this one province alone, they expect the screening program to find 300 cases of lung cancer per year at much earlier stages than they would otherwise be diagnosed, increasing the potential for treatment to be effective6.Ontario also initiated a pilot for lung cancer screening in 2017 at a number of hospitals to help inform the implementation of a province-wide initiative7.

Another issue with lung cancer is the stigma often associated with it because too often people believe patients have brought the disease on themselves by smoking. While tobacco use is the leading preventable risk factor for lung cancer, anyone can get lung cancer. Other preventable causes are environmental exposures such as to radon gas, asbestos, air pollution and certain workplace emissions8.

But despite these glum statistics, this is actually a positive time for a very distressing disease, thanks to the potential of more widespread screening but also due to remarkable advances in treatments in recent years.

One of the new ways of treating advanced lung cancer is with immunotherapy, which works on the body’s own immune system to allow it to recognize cancer cells and attack and kill them.

One Canadian with lung cancer who has benefited from immunotherapy is Lorne Cochrane. He was diagnosed with stage 4 lung cancer in 2012 even though he had no symptoms. He got screened because other close family members had died from the disease and then his twin brother received a stage 1 diagnosis. Lorne received chemotherapy and was given about a year to live, but he enrolled in a clinical trial of an immunotherapy. After nine weeks of treatments, his medical team noticed a major reduction in his tumours. More than seven years later, he considers himself living proof that lung cancer can be beaten9.

Lorne Cochrane’s story is one of many survivor stories featured on the website of Lung Cancer Canada, whose president is Dr. Paul Wheatley-Price, an oncologist at The Ottawa Hospital Cancer Centre. He shares the optimism created by immunotherapy and other new targeted treatments for advanced lung cancer.

“We’re seeing things we’ve never seen before in my clinic,” he said. “Patients with stage 4 lung cancer can now receive immunotherapy or one of the other new targeted treatments and they can still be alive after five years, which we didn’t even hope for a few years ago.”

In his role with Lung Cancer Canada, however, Dr. Wheatley-Price is very much aware that access to such new treatments is neither uniform nor universal across Canada. “From province to province, we unfortunately have real discrepancies in access to these new treatments,” he said. “We wouldn’t put up with some Canadians being able to get certain types of life-saving heart surgery while others do not. But we have exactly that situation with new lung cancer treatments. We need to make sure any Canadian who could benefit has access to them.”

As progress in lung cancer screening and treatment continues, there is hope that Canada will one day tame its biggest cancer killer.