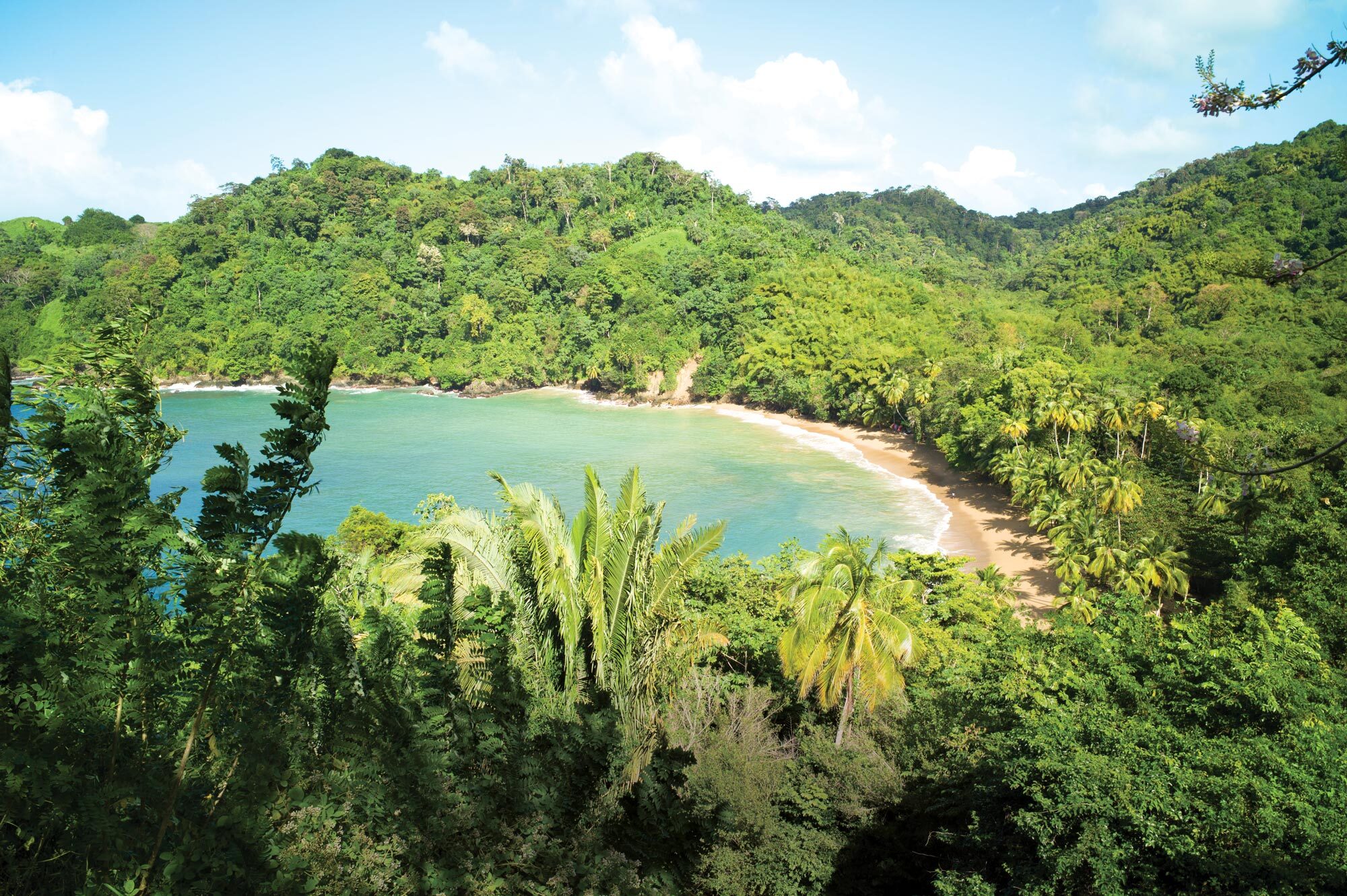 A HINT OF ROYAL ROMANTICISM

When Princess Margaret visited Tobago in 1962, one of her adventures included a dip in the Caribbean Sea, off the island’s coast. But not just anywhere in the sea. Close to the undersea Coral Gardens and the Buccoo Reef, Tobago’s famed diving and snorkelling spot, is a metre-deep lagoon. Created by a shallow coral sandbar off Pigeon Point, it’s a stretch of water so clear and calm, it begs a swim. Her Royal Highness heeded the siren’s call and dubbed the spot Nylon Pool – she equated its transparency to that of nylon (not unlike her own sheer stockings as royal protocol still dictates). Local legend has it that if a couple kisses while in Nylon Pool, they will be blessed with everlasting love. Alas, there’s no record of Princess Margaret kissing a prince in the pool that day. THE GLAMOUR OF DAYS GONE BY

When the British portrait and fashion photographer Norman Parkinson arrived in Tobago in the 1960s, he had already spent a good part of the last two decades photographing royalty, from Queen Elizabeth (the Queen Mother), both her daughters and Princess Anne, while working for Vogue and shaking things up. A pioneer of on location shoots, Parkinson made Tobago his home for 25 years. He used the island, including his pig farm, as backdrops for some of his most iconic work. Google Jerry Hall and Iman on Tobago, and you’ll see what we mean.

Living among the flora and fauna gives the outdoors lover the best views and a nature-powered prescription to relax. Tobago is a paradise for birdwatchers, with many lodges, hotels and guest houses perched among the trees. One such place is Cuffie River (cuffie-river.com) Nature Retreat and Eco-Lodge on the edge of Tobago’s rain forest. With just 10 rooms, the privately owned property embeds guests in a tranquil tropical cocoon. Romance, reconnection, rain forest. Sigh.

Ravaged by hurricanes in 1847, much of Fort King George, named after King George III by the island’s British keepers, was destroyed. The sprawling fort, one of Tobago’s most well-preserved historical sites, overlooks the Atlantic Ocean in the capital, Scarborough. It was renamed Fort King George Heritage Park and now houses the Tobago Icons Museum. Tobago is home to award-winning chocolate-makers, worthy of the gold medal at the International Chocolate Awards. In 2005, Tobagonian born Duane Dove set out to rejuvenate the island’s cocoa industry. He launched Tobago Cocoa Estate, the first 100per cent organic certified cocoa estate in Trinidad and Tobago. The estate also hosts visitors with interactive historical tours, and a rum and chocolate tasting session caps the chocolatey goodness.

Local tip: pick up a bar of the estate’s Laura 45% Dark Milk. Your taste buds will thank you. tobagococoa.com In keeping with the chocolate theme, try this recipe, courtesy of Tourism Tobago and Simply Trini Cooking.

Traditionally taken as part of a Sunday morning breakfast by locals, Tobago Chocolate Tea is a popular drink also served during the Tobago Heritage Festival.