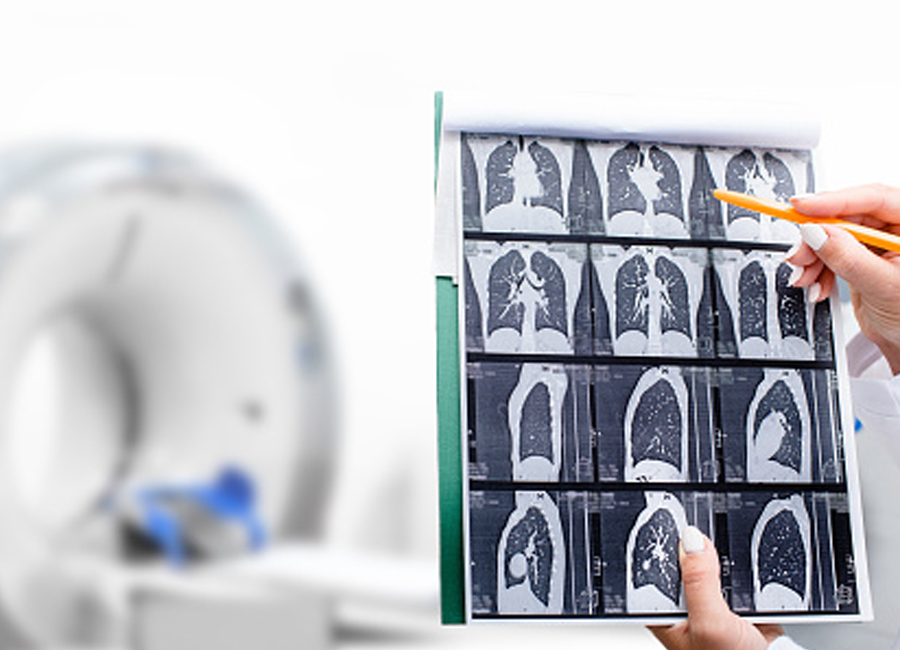 “Cancer” is many different diseases, depending primarily on where it originates in the body. One thing they generally have in common, however, is that the earlier cancer is discovered and diagnosed, the better the likelihood for a positive outcome.

That is typically measured by determining the “stage” of cancer when it is found. Stage 1, the earliest, means it is limited to a defined location and hasn’t yet spread, while Stage 4, the most advanced, means it has spread beyond where it started.

Why does this happen and how can it be fixed?

One obvious reason for the difference in when breast cancer and lung cancer is diagnosed is that sometimes a breast lump or change can be visually detected while lung cancer symptoms can be harder to detect given the symptoms can also be associated to other conditions or diseases. But another important reason is that for decades there have been programs and campaigns to encourage women, particularly those at most risk, to be screened regularly for breast cancer with mammograms and other tests.

Colorectal cancer is an example of a type of cancer that often can’t be seen or felt but for which there have been many longstanding and well-publicized screening programs involving stool tests and colonoscopies. The result is that almost half of colorectal cancer cases are found at the early stages 1 or 2,5 and the five-year survival rate is 67%.6 Screening and early detection works.

Until recently, there were no organized screening programs for lung cancer even though it is the most common cancer in Canada, with almost 30,000 cases per year. It’s also the most deadly, causing 21,000 deaths per year, a quarter of all Canadian cancer deaths.7

Without comprehensive screening programs, the disease is usually discovered when a lung x-ray or scan is taken for another reason or when patients notice a symptom, often an unusual pain or cough, and have it checked. By which time, the cancer is often well advanced.

Lung cancer screening in Ontario, Quebec and BC

Fortunately, that is now changing. Canada’s three largest provinces are starting programs to screen people at the highest risk for lung cancer. The programs provide people at high risk with the chance to have regular scans of their lungs using low-dose computed tomography (CT) scanners.

The scans aim to find lung cancer earlier and therefore increase the probability that treatment will be more effective. In a major study conducted in the U.S, such CT screening programs were shown to reduce lung cancer deaths by 20% compared to screening with x-rays, and found cancers at much earlier stages.8

The criteria for taking part are slightly different in each province but in general they are for older people (55 to 74 years old) who have smoked tobacco for many years.9,10,11

“We are at a tipping point now in Canada with BC, Ontario and Quebec launching lung cancer screening programs and it should just be a matter of time before we see programs in the other provinces,” said Dr. Paul Wheatley-Price, a medical oncologist at the Ottawa Hospital Cancer Centre and former president of Lung Cancer Canada.

“With our population ageing, this is a prime time to be starting programs like this and I’m confident that in five years we’ll be seeing many more lung cancer cases diagnosed at early stages. We’d like to see lung cancer screening added to family doctors’ routine practice like mammograms, prostate check and Pap smears are.”

The further good news is that new treatments for lung cancer are helping those who get diagnosed, particularly at the early stages.

“There has been a revolution in lung cancer care over the past decade, with new targeted therapies based on the genetic make-up of the cancer and new immunotherapies using the body’s immune system to fight cancer. And now we have the promise of more screening finding cases earlier. This is all very positive news,” said Dr. Wheatley-Price. “I encourage everyone who thinks they may be at risk for lung cancer, to ask their doctor whether lung cancer screening is available for them.”

It’s also important to realize that lung cancer can affect anyone, regardless of smoking history, and that we all need to remain alert to the signs of possible lung cancer and to seek medical help without delay, despite the pandemic. If it’s lung cancer, the earlier the diagnosis and start of treatment, the better the chances for a successful outcome.

Common symptoms of lung cancer include: 13