Your Guide to Reading the Temperance Brennan Series 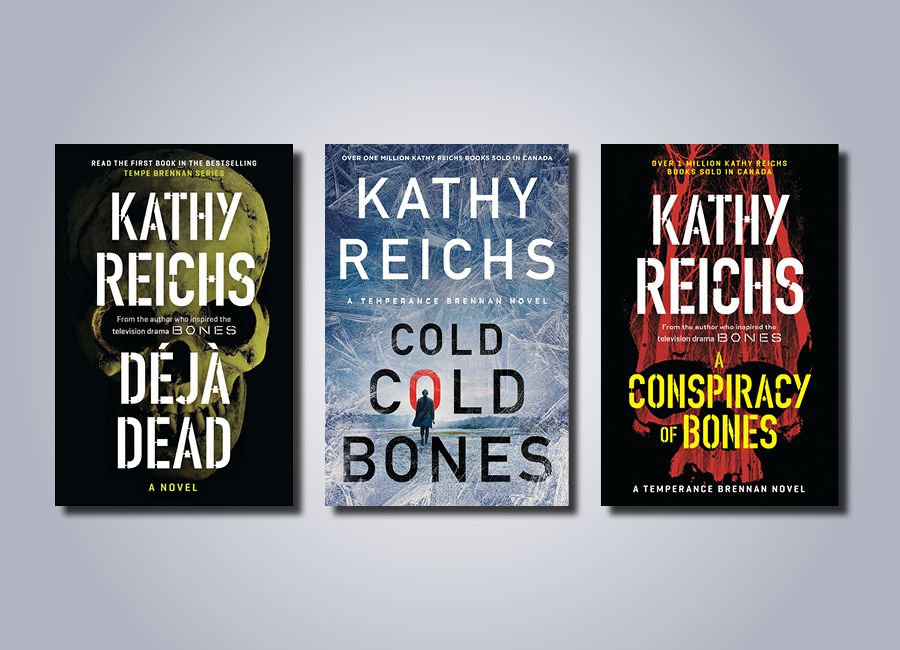 2022 marks 25 years of author Kathy Reichs’ bestselling Temperance Brennan series. From Déjà Dead to Cold, Cold Bones, the forensic anthropologist has seen and solved it all and even inspired her own hit TV series. Whether you’re a first-time reader or rereading the series, here’s a guide to all 21 books. When a female corpse is discovered meticulously dismembered and stashed in trash bags, Temperance detects an alarming pattern—and she plunges into a harrowing search for a killer. When innocent blood is spilled, Temperance deciphers the shattering truth it holds. Temperance is thrust into an airplane crash investigation that raises more questions than it answers. Temperance becomes enmeshed in the cases of four privileged young women who have vanished from Guatemala City—and finds herself caught in deadly territory where power, money, greed, and science converge. Temperance is back in her home base of North Carolina, where several sets of bones, both human and animal, lead her on a terrifying hunt for a killer. While in Montreal to testify for a murder trial, Temperance discovers the skeletal remains of three young women in the basement of a pizza parlour. Temperance and Detective Andrew Ryan are on the trail of a modern murder and an ancient biblical mystery. Temperance’s investigation of a Native American burial ground on an island near Charleston leads to a fresh trail of bodies. The discovery of a young girl’s skeleton in Acadia, Canada might be connected to the disappearance of Tempe’s childhood friend Temperance heads to North Carolina to solve a demonic plot involving ritual sacrifice before the town’s vengeful citizens take matters into their own hands. Temperance finds herself buried alive after being accused of mishandling the autopsy of a Canadian heiress. Three dead bodies are all identified as one man, and Temperance is thrust into a complex and riveting tale of deceit and murder. A dead body is discovered near the North Carolina speedway right before a NASCAR competition is scheduled to begin. A story of infanticide, murder, and corruption set in the high-stakes, high-danger world of diamond mining. The death of a teenager triggers an investigation into an international human trafficking ring. Temperance faces down the demons of her past when she’s asked to investigate two child murders have one thing in common—the killer. Temperance investigates what looks to be a typical missing person case, only to find herself digging up bones possibly left by a serial killer, a cult, or perhaps something not entirely of this world.

19. A Conspiracy of Bones Temperance must discover the identity of a faceless corpse, its connection to a decade-old missing child case, and why the dead man had her cellphone number. After receiving a box with a human eyeball in it, Temperance uncovers a series of grisly killings eerily reenacting the most shocking cases of her past.