Three Cancers That Women Need to Know About 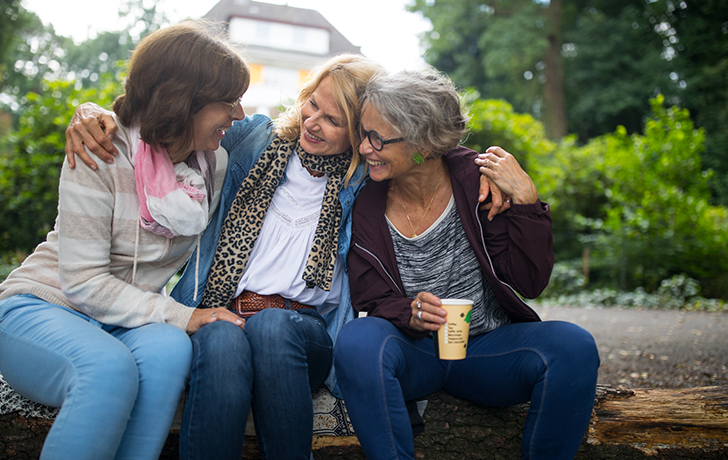 Many women are well aware of breast cancer and ovarian cancer.

Although these are important cancers, they are unfortunately not the only ones to impact women. Here are three, one being a sub-type of breast cancer, that need to be better known: triple negative breast cancer, cervical cancer and endometrial cancer.

Receiving a diagnosis for one of these cancers can be stressful and frightening. Knowing more about the disease can help empower patients (and their caregivers) take control of their health.

WHO IS AT RISK?  Triple negative breast cancer (TNBC) accounts for 10-20% of all breast cancers and is more likely to be diagnosed in women under age 40 and those of African or Asian ancestry.

WHAT ARE THE SIGNS OR SYMPTOMS? TNBC can have the same signs and symptoms as other types of common breast cancers (see here for more details). TNBC tumours are more likely to grow and spread quickly so are often diagnosed at a later stage when the cancer has already spread to other parts of the body (metastasized).

HOW IS IT TREATED? Treatment usually involves chemotherapy to reduce the tumours, followed by surgery and sometimes radiation therapy. Immunotherapy, which enhances the body’s own immune system so it can identify and kill cancer cells, is also often used as treatment.

WHO IS AT RISK? The most important risk factor for developing cervical cancer is infection with human papillomavirus (HPV), an infection that is commonly transmitted sexually.

WHAT ARE THE SIGNS OR SYMPTOMS? Early-stage cervical cancer often has no signs or symptoms. Symptoms often only become evident once the tumour spreads. Later stage cervical cancer can include symptoms such as abnormal vaginal bleeding, unusual discharge or pain (see here for more details).

HOW IS IT PREVENTED? Vaccination against HPV is a very effective way to prevent cervical cancer. A study published in The Lancet showed that in England the incidence of cervical cancer has been reduced by 87% in women in their 20s who were offered the vaccine when they were aged 12-13 years.

Programs have been in place for several years across Canada to provide HPV vaccinations to girls, and now also boys (because HPV can also cause other cancers, such as head and neck cancer).

Cervical cancer can be detected in the early stages before symptoms develop by a Pap smear test which is recommended every one to three years for sexually active women over age 21.

HOW IS IT TREATED? Treating cervical cancer can involve all four pillars of cancer therapy: surgery, radiation, chemotherapy and most recently, immunotherapy.

WHO IS AT RISK? Women who develop uterine cancer are usually over the age of 50. It is more common in Caucasian women than in other populations. Besides advancing age, obesity is also a risk factor for endometrial cancer. The use of combined hormonal contraceptives or progestin-only products may prevent the disease.

WHAT ARE THE SIGNS OR SYMPTOMS? The usual sign indicating endometrial cancer is abnormal or post-menopausal bleeding, with diagnosis usually confirmed after a biopsy (see here for more details).

HOW IS IT TREATED? Treatments include surgery (usually a total hysterectomy) as well as radiation and/or chemotherapy. Immunotherapy treatment is another treatment option, particularly when the disease is advanced.

READ MORE about these three cancers that impact women.