Peek Into The Past at Old Maple Leaf Gardens 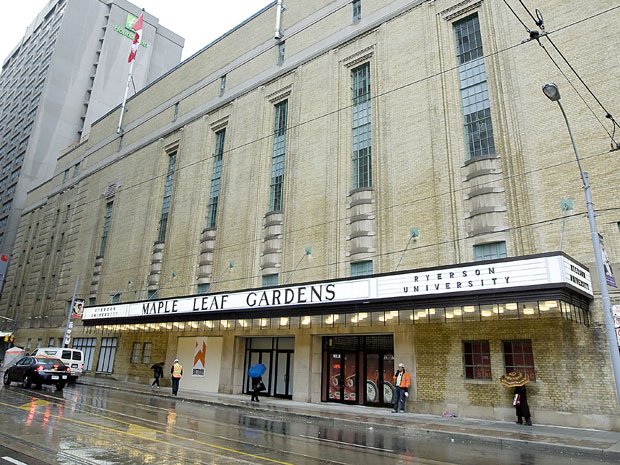 The contents of a time capsule that was found during renovations of Toronto’s old Maple Leaf Gardens were unveiled today. The capsule, which dates back to 1931 (when the arena was built), contained copies of Toronto’s four daily newspapers, a four-page letter from the directors of the arena, a snapshot of the team’s finances, a 1931 hockey rule book, a red ensign flag and a small ivory elephant.

No one knows what the elephant is meant to signify – perhaps it was a favourite curio of team owner Conn Smythe. The building has been renovated into a massive grocery store but still includes a skating rink for the local university.