Nobody Loves A Cheater 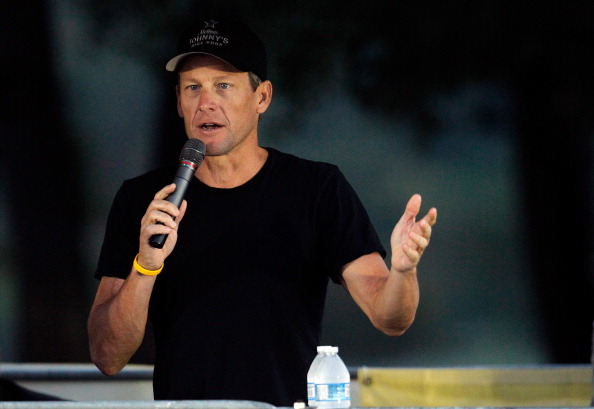 Lance Armstrong has admitted to doping during an interview with Oprah Winfrey. Here, Peter Muggeridge discussed the cyclist’s history of accusations in the latest issue of Zoomer magazine.

When Lance Armstrong stood on the podium, moments after winning his seventh Tour de France race in 2005, he chided reporters who were skeptical of the purity of his accomplishments. “I’m sorry you don’t believe in miracles.” At the time I remember thinking: that’s definitely going to come back to haunt him.

Now it has. Turns out the world’s greatest cyclist, cancer survivor, inspirational icon and philanthropist was not a miracle worker but a steroid user. Armstrong’s ex-teammates have finally come out, detailing how he cheated the system and bullied everyone into a terrified silence as he pedalled his way to victory, fame and fortune.

While Armstrong denies any wrongdoing, he now joins the steroid users’ Hall of Shame, where he’ll forever reside with the East German women’s swim team, baseball’s Barry Bonds, Alex Rodriguez and Mark McGwire, track star Marion Jones and countless athletes who have had their golden moments tarnished by accusations of cheating. In the process, they’ve had their reputations and, in Armstrong’s case, livelihoods ruined.

This very public flaying of a fallen hero brought echoes from the past when our own miracle man, Ben Johnson, was stripped of his gold medal and world record time of 9.79 seconds in the 100-metre race at the 1988 Summer Olympics. When Johnson failed his steroid test, it touched off a storm of controversy, an event which author Malcolm Gladwell fittingly described as the “canary in the coal mine” of steroid-abuse scandals.

It’s easy to forget how much Johnson was vilified by politicians, writers – even teammates, including Mark Tewksbury, a member of the ’88 swim team and eventual chef de mission of our 2012 Olympic team, who unfurled a bedsheet from his window in the athletes’ village spray-painted with the words “Hero to Zero in 9.79.” The scorn reached its zenith several years later when he tested positive again – a Canadian track official called him a “tragic embarrassment” while the minister of sport declaimed him as “a national disgrace.” It seemed prophetic when Johnson was later reduced to earning his living through dubious means: once racing a horse in P.E.I. and acting as soccer coach to Libyan strongman Muammar Gaddafi’s son.

Johnson, a shy man whose stutter made him seem evasive and untrustworthy, became a convenient scapegoat for steroids in sports. But he was clearly not the only one cheating. A recent book, The Dirtiest Race In History, along with the ESPN documentary 9.79 now claim that almost every other runner in that race was at one time or another linked to banned substances, including the American sprinter Carl Lewis.

A former U.S. track coach, reflecting on that era, estimates that as many as 80 per cent of world-class runners were using steroids. Éric Gagné, a Canadian pitcher whose consecutive save record went up in flames when he was  one of 89 players named as drug cheats in a 2007 baseball enquiry, suggests in his recent book that the 80 per cent figure applied to baseball players as well.

Most fallen athletes claim they only resort to steroids because the rest of the field is also cheating. George Hincapie, an ex-teammate of Armstrong’s who eventually turned against him, admitted that it’s “not possible to compete at the highest level” without steroids. Google the list of cyclists who have been busted – the list is endless. While this doesn’t exonerate Armstrong, it certainly puts his crime into context.

Doping in sports has been going on for a long time. Francis Pélissier, who raced in the 1924 Tour de France, once told an astonished reporter he  used an explosive cocktail of strychnine, cocaine, chloroform and Aspirin. And Fausto Coppi, an Italian tour winner from the ’40s, later admitted to taking amphetamines. Asked how often he used them, Coppi replied “Only when strictly necessary,” which he defined as, “most of the time.”

As long as we keep glorifying athletes for crossing the finish line first, we shouldn’t be surprised when they use any means possible to win. “If you’re not cheating, you’re not trying,” said former ballplayer Mark Grace. It’s the unfortunate by-product of high-level competition.