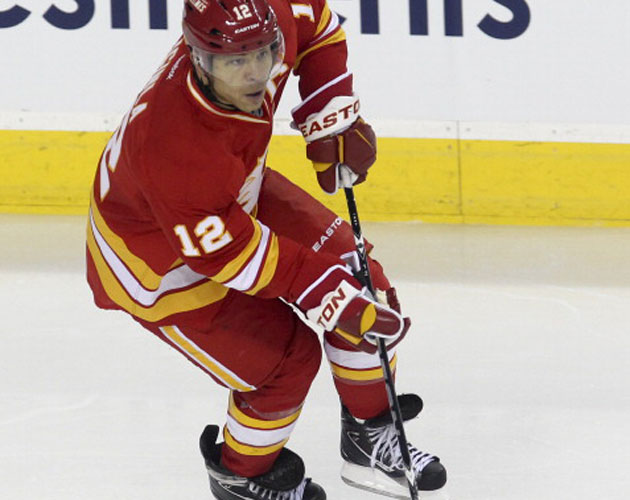 Hockey fans in Calgary knew they wouldn’t have their beloved captain with them much longer. So when Wednesday’s game against the Colorado Avalanche started without Jarome Iginla in the line-up, they realized he’d been traded and began chanting his name from the stands.

Iginla, without doubt the best player to ever lace up skates for the hometown Flames, was traded yesterday to the Pittsburgh Penguins. While it’s painful for Iginla to leave the only city he’s ever played for, he’ll welcome the chance of winning a Stanley Cup with one of the hottest teams in hockey.

The Flames had made it known at the outset of the season that they probably wouldn’t re-sign their captain, who becomes an unrestricted free agent at season’s end.The 35-year-old star has been the face of the franchise since he broke in with the team in 1995 and holds most of the team scoring records, including 525 goals.

In acquiring Iginla, the Penguins, already loaded with front-end talent, cement their status as the odds-on favourite to win the Cup. The trade also means sets up the enticing possibility that Iginla may play with Sidney Crosby, a tandem that combined to score the winning goal in the 2010 gold-medal Olympic game against the U.S.

Iginla’s departure mean the Flames have given up any hopes of contending this year – or next – and have begun dismantling the team for a rebuild. In exchange for the Flames forward, the Pens gave up prospects Kenneth Agostino and Ben Hanowski as well as a first-round pick at the 2013 draft.

“We as an organization owe a tremendous debt of gratitude to Jarome, not only for what he did for the franchise during his tenure as a player here and as our captain, but also for the fact that now as we recognize that despite our best efforts, and despite the work we’ve put in, we’ve fallen short of the goals we set for ourselves as an organization,” Flames general manager Jay Feaster said.