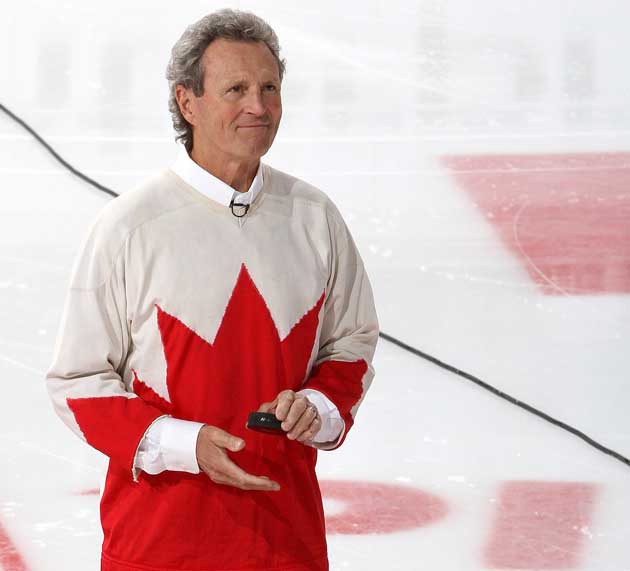 Paul Henderson holds a special place in our hearts of many Canadians, especially those who remember the winning goal he scored against the Soviet Union in 1972 Summit Series.

As most of his fans know, he’s been battling chronic lymphocytic leukemia for a while now. When I interviewed him last summer for a piece in Zoomer magazine, he was just about to leave for Maryland to take part in a clinical trial. Now he’s back and at a ceremony honouring him on April 8, he looked very fit and had some good news to announce about his condition.

Henderson, 70, was in Ottawa to receive the Order of Hockey in Canada (awarded by Prime Minister Stephen Harper) where he updated the audience with the progress he’s making. The devout Christian credited his faith and his wife Eleanor, who urged him to get into the clinical trial in the U.S., for helping him through the difficult periods of treatment.