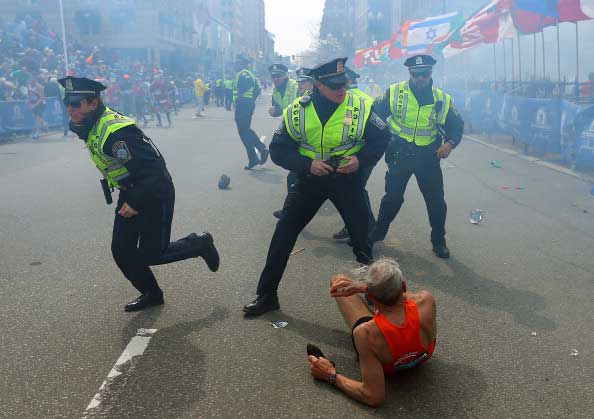 A beloved annual tradition has been rocked by tragedy as multiple bomb blasts near the finish line of the Boston Marathon killed two and injured more than 60 others, some critically.

The bombs went in Copley Square in Boston’s downtown core, a location filled with hundreds of thousands of spectators.

Reports are circulating the bomb officials found two more explosive devices, but these were defused before they went off.

No group has claimed responsibility for the explosions.