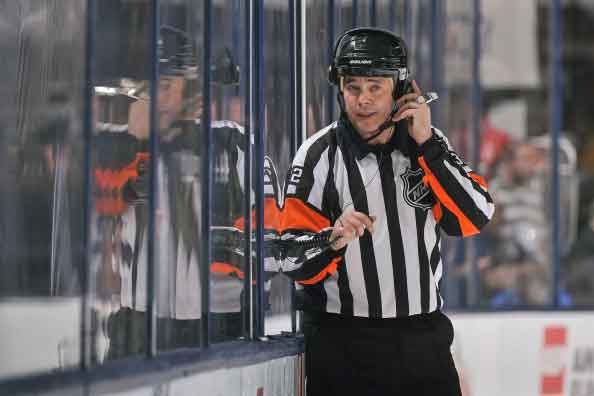 One of the cherished rules among fans of hockey – and all sporting events in general – is that the outcome of a contest must be decided by the players on the ice, not the referees. The referees are there to try to enforce the rules and maintain some kind of order. But generally, their role is to remain on the periphery of the action and not insert themselves into the flow of the game, unless absolutely necessary. As the old saying goes, no one buys tickets to see the refs blow their whistles.

If this strategy is adhered to, at the end of the game, the players leave the ice believing that the better team won. As long as the final score is determined by the actions of the players – not the referees – there is minimal griping among fans after the game – their team lost, fair and square.

In Game 4 between the Ottawa Senators and Montreal Canadiens, the officials dispensed with their traditional role and decided to become participants in the narrative. By doing so, they actively re-wrote the ending and, in a series of curious calls, basically handed the game to Ottawa.

This is how it unfolded. With Montreal ahead 2-0 halfway through the third period, Ottawa’s Mika Zibanejad clearly and (to anyone but a Senators’ fan) intentionally kicked the puck into the Canadiens’ net.  Stunningly, the on-ice official ruled it a goal, a call that was later confirmed by replay officials.

The result of that blown call was bad enough, as it cut into the Canadiens’ slim lead. But the officials weren’t finished helping the Senators yet. As the seconds ticked down, they decided to call two controversial icing calls against Montreal.

Now the rules state that the teams must make an effort to get to the puck before it crosses the goal line for an icing call. On these two occasions, the Ottawa defenders slowly skated back, letting the puck dribble over the line. The linesman should wave off the icing call and let play continue. Instead, they blew their whistles, called icing, stopped the clock and basically created the circumstances that led to Ottawa’s tying goal, a mad scramble with under a minute to go. The Sens later scored in overtime to steal the game.

Despite the disheartening loss, many of the Habs were philosophical in defeat. “[The officiating is] not why we lost. The (officials) make the calls and we live by it,” said defenceman Josh Georges. “If we deserved to win, we would have won,” said forward Jeff Halpern.

Perhaps, but the men in stripes certainly didn’t help matters. And that always leaves fans with a bad taste in their mouths.