Stanley Cup 2013: Lose in the playoffs? Fire the coach 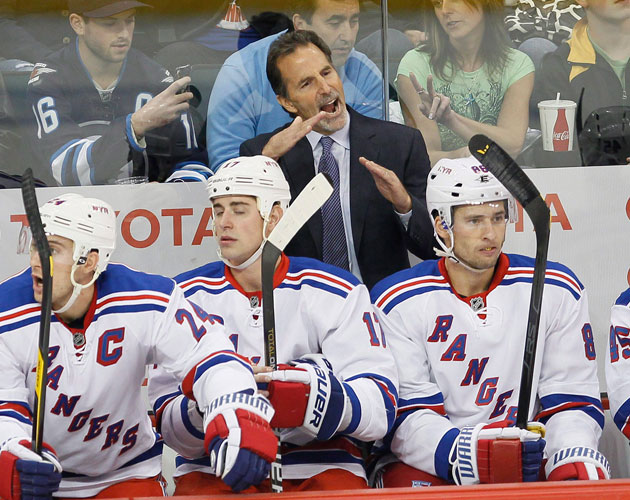 John Tortorella, the fiery, foul-mouthed but always entertaining coach of the New York Rangers, has been fired. His dismissal ends a four-year run in which he iced a very good team, but one that could never quite get over the top.

The fact that “Torts” was never loved by his players or the media didn’t seem to matter as long as the team was winning. But when the Rangers bowed out meekly to the Boston Bruins in this year’s playoffs, and his ongoing habit of battling with his star players (Marion Gaborik last year and Brad Richards this year) it was time to go.

“Every coach has a shelf life,” Rangers general manager Glen Sather said. And Tortorella had clearly outlived his.

Tortorella, who won a Stanley Cup with the Tampa Bay Lightning in 2003-04 season, will best be remembered for his his hilariously fractious and stonewalling relationship he had with New York media. Here are the top-10 “Torts vs. the World” moments, as captured by TSN: