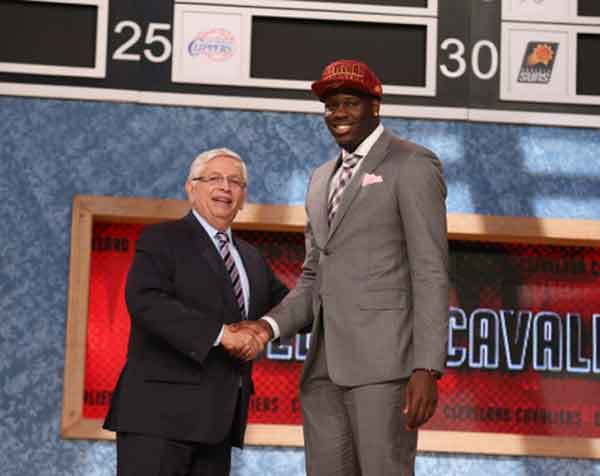 When the Cleveland Cavaliers chose Anthony Bennett, from Brampton, Ont., as their top pick in the NBA draft, history was made – it was the first time ever that a Canadian was chosen as the No. 1 overall. With Canada Day approaching, the timing couldn’t have been better. But the night got even better when another Canadian player, Kelly Olynyk, became the second player from this country to be picked in the first round of Thursday’s NBA draft.

The pick caught many sports pundits off-guard, including Bennett himself. “I’m just as surprised as anyone else,” said the 20-year-old Brampton, Ont. native. The six-foot-eight, 240-lb forward came out of nowhere to take top spot, prompting ESPN’s website to go with the headline: “Surprise, Surprise.”

Before Wednesday, Bennett was a relatively unknown power forward playing for the University of Nevada-Las Vegas. After becoming the first pick, he was besieged with interview requests, even receiving a tweet from Prime Minister Stephen Harper: “Congrats to @AnthonyBennett for being the first Cdn ever drafted #1 overall in the NBA draft. Good luck in Cleveland, we’re all behind you.”

Bennett will be a major part of the Cavaliers efforts to rebuild – they’ve been a last-place outfit since losing megastar LeBron James.

Lost in the buzz surrounding Bennett was the other Canadian  also picked in the first round. The Dallas Mavericks chose seven-foot centre Kelly Olynyk at 13, a Kamloops, B.C., native.