Brian Burke lands role with yet another Canadian team 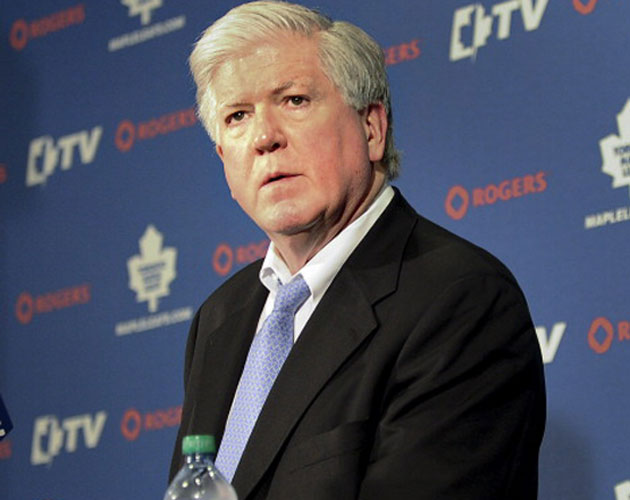 Brian Burke, the tempestuous U.S.-born hockey executive who can’t seem to avoid controversy, has signed on for his third stint with a Canadian team, this time agreeing to become the president of hockey operations for the Calgary Flames.

“It’s a very proud day for me to join the Calgary Flames,” said Burke at a press conference announcing his hiring.

Despite the fact his previous Canadian stops – in Vancouver and Toronto – both ended in turmoil, he now takes over the reigns of the troubled Calgary team. Always famous for shooting off his mouth, Burke has had run-ins with Edmonton Oilers’ president Kevin Lowe, whom he challenged to a fist-fight, and commentator Don Cherry, who accused Burke many times of favouring American-born players.

While he was ultimately fired in both cities, Burke’s tenures with the Canucks and Leafs were completely different. In Vancouver, he was building a team that was finding it’s way as a Stanley Cup contender. In Toronto, he was starting from scratch and needed a few more years to complete the rebuild. He wasn’t allowed to see his work flourish as he was fired suddenly in January of last year, amidst suggestions that his personal life was negatively affecting his job performance.

Now in Calgary, a team seriously devoid of upper-class talent, Burke will again have to start a rebuilding program. He will also have to deal with an unpopular incumbent general manger, Jay Feaster, and a fan base that hasn’t seen playoff success for almost a decade.

In his press conference, Burke downplayed the potential conflict that might arise between he and Feaster. “I’m not the general manager of the Calgary Flames. Jay Feaster is. Jay and I have been friends for a long time … and we’re both committed to winning.”

Despite his claiming otherwise, Burke has a history of firing his “friends.” In Toronto, he was forced to fire Leaf coach Ron Wilson, a long-time Burke crony. Jay Feaster better not get too comfortable with Burke in the house.