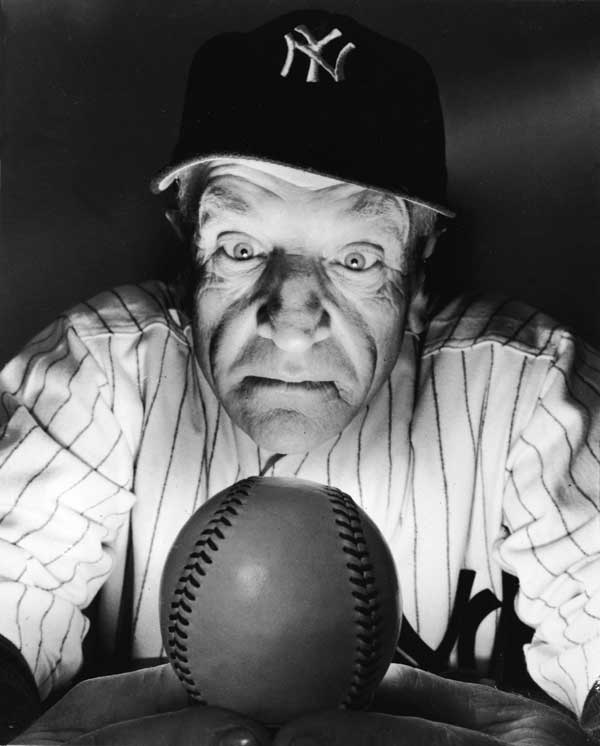 When Chris Chelios was chosen for the Hockey Hall of Fame in July, the one thing everyone remembered about him was his longevity. Chelios – a smart and physical defenceman who suited up for a number of teams – remained active until he was 47 years old, a welcome oddity in the Darwinian world of sports where few athletes survive past their mid-30s. Gordie Howe, of course, played hockey until he was 52, but it’s unlikely we’ll see such an indestructible athlete ever again.

Baseball’s oldest player was Satchel Paige, whose career began at age 42, as he was forced to wait out his prime years in the Negro leagues until baseball finally decided to end the colour barrier. Ol’ Satch pitched until he was 47 and then, a decade later, made a stunt appearance at age 58 and still pitched three scoreless innings.

Though we say he was 58, no one was ever sure of his age, and Paige had great fun keeping everyone guessing. This prompted one magazine profiler to famously write: “Next to Marilyn Monroe’s measurements, the most argued vital statistic in sports and entertainment is the true age of the phenomenal pitching man of the St. Louis Browns, Ol’ Satchel Paige.”

So while pro sports favour younger players, the men who coach them are largely composed of people in their 50s, 60s and 70s. Unlike many professions where mature workers are seen as dinosaurs who can’t adapt with the times, in sports, it usually takes an older and experienced hand to lead their youthful charges.

On the surface, it’s an unlikely combination – older men, often in their 60s trying to relate to the video-game generation. You’d think this would end disastrously. But generational tension doesn’t seem to apply in sports. In the NFL, head coaches Tom Coughlin, 67, of the New York Giants and Bill Belichick, 61, of the New England Patriots are considered two of football’s best leaders. Hockey’s Ken Hitchcock, 61, of the St. Louis Blues is the game’s finest tactician, and Randy Carlyle, 57, of the Toronto Maple Leafs and Bruce Boudreau, 58, of the Anaheim Ducks are two much sought after coaches who succeed despite the fact they’re as old as the players’ fathers or even grandfathers.

Few coaches will likely approach the record of baseball manager Jack McKeon, who managed the 2011 Florida Marlins at the age of 80. The cigar-smoking McKeon set the record for oldest coach to win a championship, when he led the Marlins to a World Series title in 2003 at age 72. Mc-
Keon’s secret, he explained, was putting sports in its proper perspective: “It’s a kid’s game. Grown men play it, but when you really look at it, for what it is, it’s a bunch of fun.”

Probably the most famous senior citizen manager of all time was baseball’s Casey Stengel (left). Stengel, who managed the great New York Yankee teams of the ’50s, with Joe DiMaggio, Mickey Mantle, Yogi Berra et al. When he was forced to retire in 1960, The Ol’ Perfesser felt the Yankee owners fired him just because he had turned 70 and vowed he “would never make that mistake again.” A year later, when he was hired by the crosstown New York Mets, reporters asked him if he felt his advanced age might be a hindrance. “Most of the people my age are dead. You could look it up,” he replied enigmatically.

While Stengel may have been 70, he looked about 170. But Davey Johnson, the current Washington Nationals’ manager, has reached that same age in much better condition. “[Johnson’s] in the weight room every day. He’s in shape, I’ll tell you that much,” marveled former Nationals’ outfielder Michael Morse.

Sure, he’s in impressive physical condition, but Johnson’s grasp of the youthful pursuits may leave something to be desired. Earlier this year when he complained that social media was distracting his players, he asked them to cut down on their use of “tweeter,” which provoked howls of laughter in the clubhouse and media.

It’s times like these that old-school managers turn to an even older remedy. Jim Leyland, 68, manager of the Detroit Tigers, confides that his secret to longevity is that, every year, he leads the league in doubles: “double vodkas and double scotches,” that is. Must be working. His Tigers made the World Series last year and are a good bet to return there again this year.