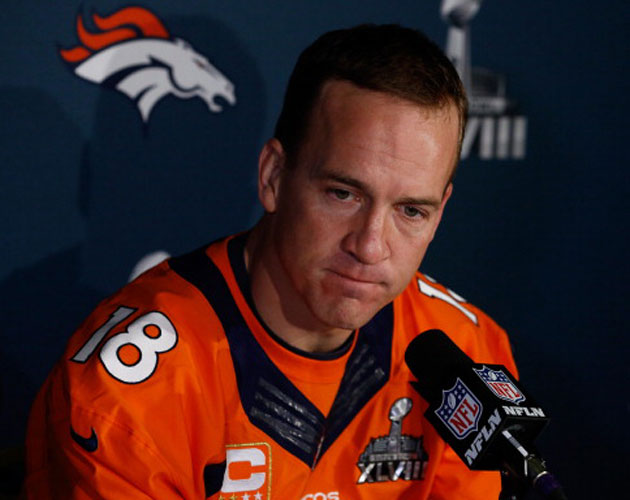 Does Peyton Manning need a Super Bowl victory to prove he’s the greatest quarterback ever?

If you go simply by regular season performance, the answer is a resounding NO! In fact, the 37-year-old Denver Bronco quarterback is coming off the best statistical season for any NFL quarterback ever, throwing for an astounding 5,477 yards to go with 55 touchdowns, both regular season records.

Manning has been putting up gaudy numbers like these ever since he broke into the league in 1998. The all-time leader in most of the important passing categories, his name is plastered all over the record book. Here’s just a small sample of his lengthy list of accomplishments:

And since he recently told everyone he has no intention of retiring, it’s only a matter of time before he owns all the regular season passing records. When he finally does hang up his cleats, there’s no doubt that he’s going to be a first-ballot Hall of Famer.

So why does Manning desperately need a victory in this Sunday’s Super Bowl against the Seattle Seahawks to cement his reputation?

While most experts concede that he’s by far the best regular season quarterback of all time, they’ll also suggest that his playoff record does not stack up with the post-season greats like: Bart Starr, Joe Montana, Troy Aikman or his playoff rival, Tom Brady.

Manning, you see, has a mixed history in playoff games, compiling a pedestrian 11-11 record and throwing 28 interceptions along the way. He’s only led his team to one Super Bowl victory, a 2007 win against a substandard Chicago Bears team that really didn’t deserve to be there.

Over the course of his post-season career, he’s even been overshadowed by his younger brother who quarterbacks the New York Giants. Eli Manning has an 8-3 post-season record, including two Super Bowl victories. As well, Manning (the elder) has been saddled with the perhaps underserved reputation of being a quarterback who doesn’t respond well when is unable to perform at his highest level in cold weather.

That’s why this weekend’s Super Bowl is so important to him. First of all, the game will be played outside in New York, with temperatures hovering around freezing. More importantly, he’ll be leading his offence against the powerful defence and smothering secondary of the Seattle Seahawks, which, as other opponents have discovered, is no easy task.

So if he prevails and wins Super Bowl XLVIII, he can forever silence his doubters forever and rightly lay stake to the claim of Greatest Quarterback Ever.

If he loses? With a sub-.500 post-season record – including 1-2 in Super Bowls – he may not even be regarded as the best quarterback in the Manning family.