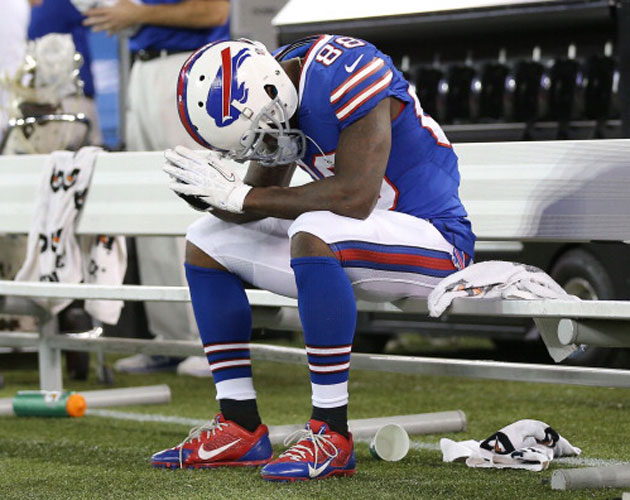 Bringing the Buffalo Bills up to Toronto for an annual game was always a bad idea. And now that it’s finally over – or postponed, according to the team – does it mean Toronto’s eternal hopes of landing an NFL franchise are now dead?

Well, not exactly dead. But the fact that the six-game series wasn’t exactly a roaring success could dim the city’s NFL prospects in the future. Rogers Media – the big money behind this experiment – was hoping to show NFL owners and its commissioner Roger Goodell that this city deserved big-time football. Instead, it all fell horribly flat. Why?

First off, the Buffalo Bills are a terrible franchise that few, besides the real diehards, wanted to pay money to watch. The team seldom fields a competitive squad, is devoid of superstars, has hired a string of questionable coaches and hasn’t made the playoffs for 14 seasons. Toronto sports fans have ample experience with losing teams – there’s no need to import another one from across the border. That the Bills went 1-5 in the six games they played in Toronto didn’t help matters either.

Secondly, when NFL fans attend a football game, it’s not just to sit in the stands and watch their favourite team perform. Almost as important to the on-field show is the pre-game tailgating experience, where you show up hours early before a game, find a good parking spot, break out the barbeque, crack open the beers, and spend a festive few hours that get you in the mood for football. Needless to say, Toronto’s strict drinking laws and overzealous police scuttled all chances of anything resembling fun actually happening. Instead, organizers set up an “Official Tailgate Zone” where you paid $10 for light beer and listened to some old Canadian band go through the motions. Are you ready from some football!? Meh.

And finally, the inflated ticket prices. In their wisdom, Rogers set ticket prices at astronomical levels. Not only did this deter casual fans from attending, but it meant real Bills fans, especially those from Buffalo, didn’t want to drop a chunk of change to watch this mediocre game. So people stayed away in droves, leaving two bad teams playing amidst the dull echoes of a half-empty Rogers Centre. It didn’t nearly have the buzz of a typical NFL game. Heck, it didn’t even have the buzz of a CFL game. Even the Bills’ players complained about being unmotivated in Toronto, especially when it seemed half the fans were cheering for the opposition.

So putting this annual non-event out of its misery was an obvious move, a face-saving measure by Rogers, who some say blew $80 million on the series. Bills fans, meanwhile, couldn’t be happier and while the team is officially bemoaning the postponement of the game, no doubt they’re more than happy to take the money and run back to Buffalo, where their fans really love them (For a dark glimpse into the strange psyche of Bills fans, watch Vincent Gallo’s underappreciated Buffalo ’66) and truly know how to party.

What does it mean for the future of the NFL in Canada? Rogers will write this off as a bad investment and put the series behind them. Then they’ll wait patiently until Ralph Wilson, Buffalo’s ancient owner, finally decides to sell, or dies before leaving his estate deal with the decision. Then it will be a full-on press to buy the Bills and bring them to Toronto. Their ultimate success depends on whether NFL commissioner wants a team in Toronto.

For what it’s worth, I say let the Bills remain in Buffalo. Besides the Sabres hockey team, this depressed city really doesn’t have a lot going for it. But for eight home games a year, the locals get charged up cheering for their team. So let the Empire City keep the Bills. And if Torontonians want the NFL experience, they can trek down to Buffalo and enjoy the real thing.