The 2014 Winter Paralympic Games in Photos 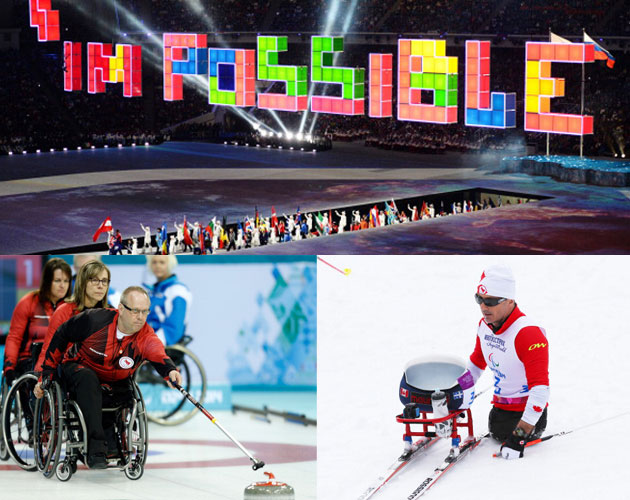 Although it received considerably less media coverage than the Games that preceded it, the Sochi 2014 Paralympic Games were filled with just as many displays of athleticism, sportsmanship, and heart by the 550 participating athletes with disabilities who represented 45 countries. Skiing, hockey, and curling are the main draws, but there were also divisions for alpine skiing for those who are visually impaired, or compete while sitting or standing. The closing ceremony held on Sunday was just as fantastical as any major event should be, complete with aerial acts and elaborate dance numbers. But the most heartwarming moment came via a nod to Alexey Pajitnov, inventor of the video game Tetris, when a gigantic modular sign–in the same style as the classic game–was hoisted above the ground spelling the phrase “I’m Possible.” Aerial performers in action during the closing ceremony. Haitao Du of China in action in the Men’s 20km Standing event. Dennis Thiessen of Canada in action during the wheelchair curling mixed round robin match between Sweden and Canada. Daniel McCoy of USA is chased by Evgeny Petrov of Russia during the Ice Sledge Hockey Gold Medal match between Russia and USA. Yves Bourque of Canada looks on after finishing the Mens Cross Country10km – Sitting.