The growing desperation of Leaf Nation 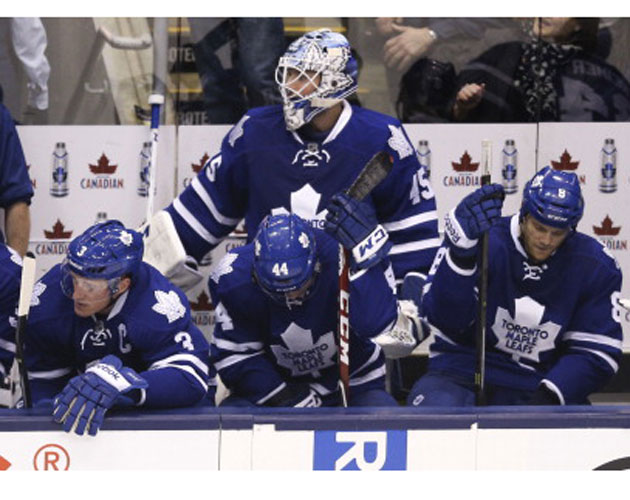 The defence is terrible. Secondary scoring is non-existent. The coach has run out of answers. Leaf Nation is booing. It must be springtime in Toronto. Let’s listen in on the Toronto Maple Leaf players and coaches as they describe their eight-game losing streak.

With their latest loss,  a 4-2 defeat to the Detroit Red Wings, Toronto’s season is like an 18-wheeler going off a cliff, to paraphrase former GM Brian Burke. And unless they can turn it around quickly over their next few games, this team isn’t going to make the playoffs.

Here, we take a look back at each game of this dismal losing streak and listen to how the players and coaches describe each loss. You can almost feel the frustration and panic building as the losses mount.

March 25
Result: 5-3 loss to St. Louis Blues
What went wrong? Defence atrocious as Leafs outplayed for much of game.

Result: 4-2 loss to Detroit Red Wings
What went wrong? Leafs again come up short against banged up team. Fans boo their heroes off the ice.