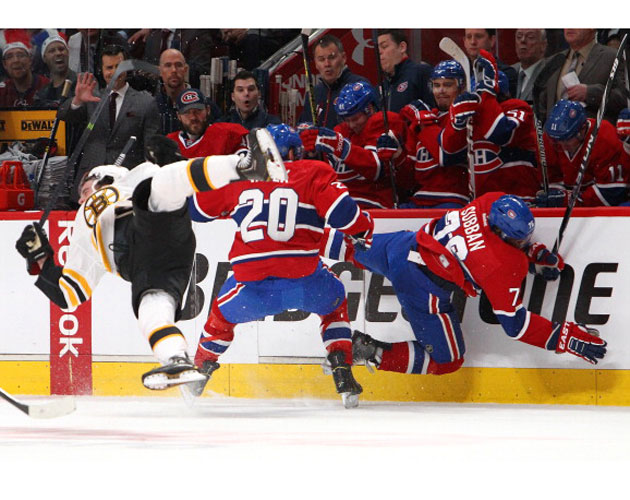 In the Montreal Canadiens’ thrilling 4-2 win over the Boston Bruins on Tuesday, P.K. Subban unleashed a three-minute sequence that absolutely defines him as a player.

First came an ill-advised play, which saw the over enthusiastic Canadiens defenceman try to obliterate Bruins forward Reilly Smith. Subban came at Smith like a runaway train, took an elbowing penalty and then steam-rolled his own teammate, Thomas Vanek.

So it’s two-minutes for roughing and a heated Subban smashes down the water bottle in the penalty box, upset at the call. But the Canadiens manage to kill off the Bruins’ powerplay and as Subban gets out of the box, Lars Eller hits him with a beautiful pass, sending him in alone on a breakaway.

And this is the redemptive glory that follows.

Yes, P.K. is a gambler whose exuberance and over-the-edge play can land him and his team in trouble. But there is absolutely no doubt that he’s the most exciting player in the game.