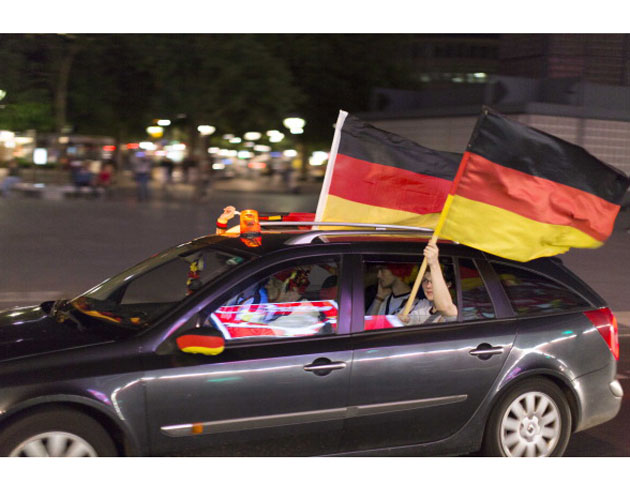 As the World Cup takes over the sporting world for the next month, it’s once again time for Toronto to turn into a hot mess of soccer celebration mixed with in-your-face jingoism.

As an inner-city dweller, I’ve grown accustomed to the shrill outpourings of nationalism that flare up every time certain countries win a game, sending their significant following of first- or second- generation fans into mad jubilation.

The scene always plays out in similar fashion. Once the final whistle blows, the young fans of (fill-in-the-blank nation) hop into their souped-up Honda Civics and make a bee-line for one of the old, diverse neighbourhoods like mine, shrieking and waving oversized flags in celebration. Despite the fact it paralyzes traffic, this part can actually be quite fun, exciting even.

But any enjoyment is sucked out by the headache-inducing effect brought on by the constant blare of their car horns. Try listening to this everyday for a month.

This inane droning puts everyone’s nerves on edge and causes one to mutter a fervent prayer that some poor African team will beat the crap out of that country in the next game.

When the car parade finally thins out, it’s time for the stoked fans to hit the bars, sparking round two of the celebration – the inevitable street party, which is marked by singing, dancing, whistle-blowing, flag-waving, drum banging and – oh yes – more horn honking.

The bike or horse police assigned to monitor the area always seem powerless – or disinterested – in breaking up the fun, often standing idly by while streetcars sit motionless amidst the hordes of partiers.

It should be mentioned that I’m not a hater. I’m a huge fan of the World Cup and I love the energy that pulses through the neighbourhoods of Toronto, and not only at tournament time. It’s this vitality that drew me to the area, a lively spirit that’s so often missing in an otherwise sleepy city – we would be much poorer without it.

But perhaps we could restrain these parties, save them for big victories in games that really matter. A first-round win against an overmatched opponent is not cause for all-out free-for-all. And anything – nails running down a chalkboard, barking dogs, screeching skill saws – is better than those demented horns.