One Last Season: The Story of the Aging Athlete 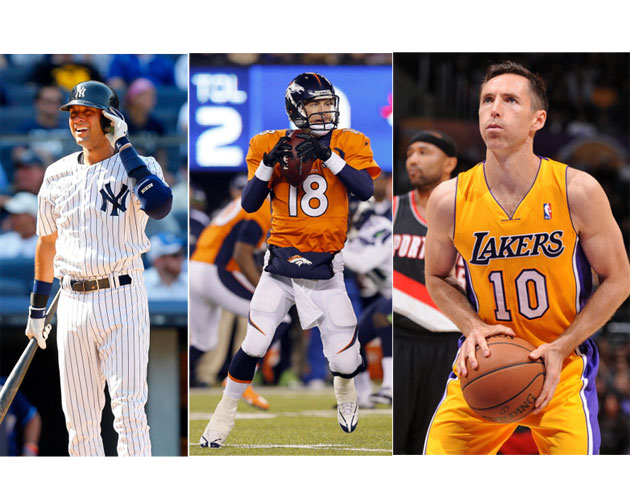 When a pro athlete reaches his 30s, he stops worrying about how many minutes are left in the game and begins to fret about the dwindling time remaining in his career.

With the exception of a few outliers – Gordie Howe, who finally hung up his skates at 52, or Satchel Paige, who pitched well into his late 40s – usually late in an athlete’s third decade, the physical grind of working out, practising, playing and travelling has taken its toll. The younger, fitter kids are impatiently waiting to push the oldies to the sidelines.

Derek Jeter has reached this point. In the year he turns 40, the last of this generation’s great New York Yankees has announced he will retire at the end of the season, his body no longer able to stand up to the rigours of a 162-game season. Jeter is lucky to control the timing of his exit; it sneaks up unexpectedly on many others. Bobby Orr once told me that despite all his knee injuries, “I thought I was immortal. I thought I’d play forever.”

While we often bestow godly qualities on our sports heroes, they are, after all, mere mortals, whose bodies wear down. But with fame and fortune at stake, they’ll stop at nothing to slow this inexorable decline.

This search for longevity triggered the steroid era in sports, with players using artificial enhancements to cover up their deteriorating prowess, perhaps long enough to stick around for one more multi-million-dollar contract. Not coincidentally, Alex Rodriguez, suspended from baseball for using performance-enhancing drugs, allegedly purchased his goods at a Florida-based “anti-aging” clinic.

Since the crackdown on steroids, athletes now use “biologic medicine.” In 2011, basketball legend Kobe Bryant received the experimental blood platelet therapy for his chronically ailing arthritic knee. At a mysterious German clinic, his blood was extracted, spun until it contained a high level of healing platelets and then reintroduced into the body. “I feel a lot stronger and a lot quicker,” a reinvigorated Kobe told reporters upon his return. He wasn’t kidding – in his mid-30s, he shocked everyone and put up one of his best seasons ever.

Peyton Manning, statistically the greatest quarterback ever, went the biologic medicine route after conventional surgeries failed to correct a career-threatening neck injury. His rejuvenation mimicked Kobe’s – last year, he led his team to the Super Bowl, setting a slew of offensive records. How is this different than steroids? Will science one day reach a point where athletes can just regenerate a healthy part to replace the worn-out piece? Will future Derek Jeters play into their 60s?

Which brings us to Steve Nash, the best basketball player to ever come out of Canada. The aging L.A. Lakers point guard realizes the end is fast approaching (he only played 10 games this year due to balky legs and back) but feels he can eke out one extra season and is pushing his body to see if it’s possible.

He certainly doesn’t need the money (he’s earned more than $137 million during his 18-year career) and, with so many outside interests, he hardly needs the aggravation of another gruelling season. So is it pure ego? Or is it a competitive fire that just won’t burn out?

He tries to answer these questions through an ongoing YouTube documentary called The Finish Line. In it, he explains what motivates a 40-year-old athlete to hang on, even though the media and fans – who find his decline hard to watch – beg him to quit. And while Nash tries to stay focused on his comeback efforts, an ever-present “dark cloud” of doubt compels him to “peek over the wall” into life after retirement.

It’s a frank and compelling look at athletic longevity. I’m rooting for Nash to succeed in his comeback – partly because he’s doing it the old-fashioned way, partly because I admire him as a player but mostly because I know that one day, soon enough, I’ll be peeking over that same wall myself, in life if not sports.

Peter Muggeridge is a senior editor at Zoomer magazine who blogs on sports at everythingzoomer.com