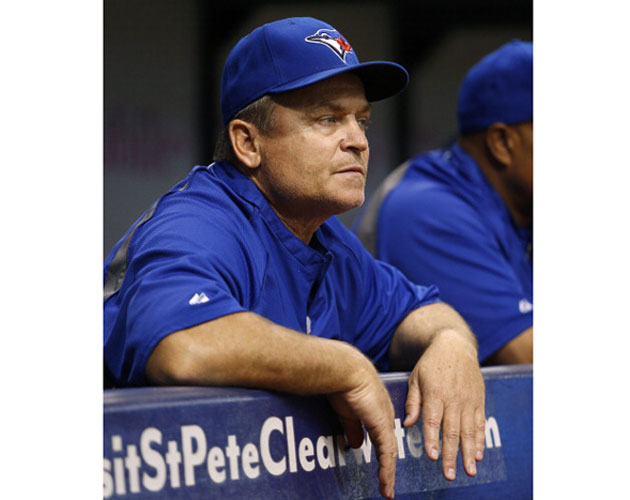 The Toronto Blue Jays’ post-season dreams are fading fast – just as baseball’s all-important stretch-run approaches. With last night’s loss to the Seattle Mariners, the Jays are just 3-8 in August, a dismal record worsened by the fact that the their rivals for the wild-card spot keep winning.

Long gone are the heady days of May and June when the Jays reeled off a 21-9 record and sat 5 games atop the American League East. ESPN computer pegged their chance of making the post season at  87.2 per cent. Now, after a couple of up-but-mostly-down months, they sit three back in the wild card race, with 40 games to go. And over the course of those months, ESPN’s computer has changed it’s mind: it now feels the Jays only have a 12 per cent chance of qualifying for the playoffs.

On June 1, pitcher Mark Buerhle was 10-1, on pace to win 25 games. Slugger Edwin Encarnacion had set a team record for homers in May, and was forecast to hit 50. Fast forward to mid August, Buerhle now has 11 wins, and the oft-injured Encarnacion sits at 26 homers.

Yes, there’s still plenty of time to recover from this terrible run and the return of several players from the disabled list – Edwin Encarncion especially – should help turn the season around. However, time is slipping away and unless they right the ship soon, the teams prolonged post-season drought will hit 21 years.

Here’s a look at how the August slide has unfolded and the reaction to it by Jays’ players.

Aug. 1: Loss
Houston 3 Toronto 1
Recap: Offense dries up as Jays lose to one of worst teams in American League.

Aug. 5: Loss
Baltimore beats Toronto 9-3
Recap: The biggest home series of the millennium gets off to a terrible start as the first-place Orioles club three homers to crush the Jays.

Aug. 6: Win
Toronto beats Baltimore 5-1
Recap: Drew Hutchinson is brilliant over 8 2/3 and the Jays score all their runs off of two-out base hits.

Aug. 8: Loss
Detroit beats Jays 5-4
Recap: This loss hurts more than the others as the Tigers rally in the bottom of the ninth to beat Jays

Aug. 10: Win
Toronto beats Detroit 6-5
Recap: In another barnburning, back and forth, 19-inning marathon (which doubled as the longest game in club history) the Jays steal the series on Jose Bautista’s walk-off single.

Aug. 11: Loss
Seattle beats Toronto 11-1
Recap: Any momentum left over from the thrilling Tiger series is lost as Jays get crushed in opener of a series they need to win.