5 Big Questions from this week in sports 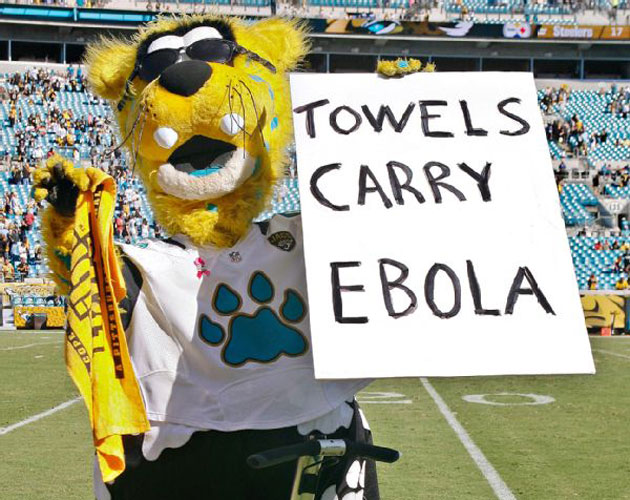 A never-ending baseball game, the NFL sparks yet another social media outrage and the return of a hero: here are this week’s Five Big Questions that will keep you up-to-date with the world of sports.

1. Why is Twitter totally outraged at the NFL again this week?

The pat answer is because it’s Twitter and that it exists solely to express outrage about something. The focus of this week’s affront is on the Jacksonville Jaguars mascot, who tried to troll Pittsburgh Steeler fans about the “Terrible Towels” they like to wave at games. During the game, the Jaguar’s mascot held up a hand-written sign saying the Steeler “TOWELS CARRY EBOLA.” Jaguars’ president Mark Lamping immediately issued an apology, distancing the team from the tasteless joke. Will outraged sportswriters call for commissioner Roger Goodell to step down over what nobody’s calling mascot-gate? If only ESPN’s Bill Simmons wasn’t still serving his suspension.

2. Can the NFL do anything right?

Not lately, it seems. But the league has made a step in the right direction with its announcement that they’ll begin rigorously testing for Human Growth Hormone, a substance that is said to build muscle and increase athletic performance. If the tests prove successful, it should cut down on the number of seven-foot, 400-lb monsters who are somehow capable of running a 4.3 in the 40-yard dash.

3. Was I an idiot to write off New England Patriot quarterback Tom Brady after a couple of bad starts?

4. Is Saturday night’s game between the Washington Nationals and the San Francisco Giants over yet?

Yes, it finally ended after 18 innings, making it the longest game in post-season history. The curious thing about the marathon was that, while it may have seemed like a classic to those who fell asleep in the 9th inning and missed the dramatic ending, there was a very little of the pitch-to-pitch tension that makes October baseball so wonderful. Even the players seemed drained of energy and emotion, especially as the game trudged on. Check out Nationals’ reliever Craig Stammen: “The two worst things in baseball are boredom and frustration, and we were battling both of those tonight.” It’s unlikely MLB will adopt Stammen’s quote as their marketing slogan next year.

5. Why are the Kansas City Royals winning?

A team on a major roll, K.C. won its first playoff series since 1985, upsetting the heavily favoured L.A. Angels. The Royals have succeeded so far through a combination of speed, defence, solid pitching and timely hitting, a similar formula to the one the Baltimore Orioles used to sweep away the Detroit Tigers on Sunday. The Royals and O’s will meet for the American League Championship Series starting Friday to see who can continue making a mockery of baseball analytics.