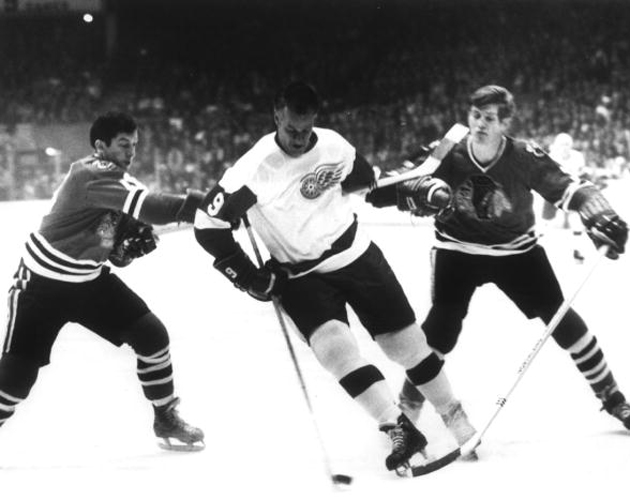 As news hit that 86-year-old Gordie Howe had suffered a serious stroke, it provoked an outpouring of prayers, support and memories – as well as a renewed appreciation – for the man whom many consider to be the greatest player ever.

It also produced a certain amount of shock. Gordie Howe has become such a recognized feature on our sporting landscape, not to mention a living metaphor for sheer toughness, no one can conceive of life without him. In fact, many seem unwilling to accept that any affliction could knock down Mr. Howe, preferring instead to believe that he’ll get right back on his skates (just like he always did) and resume his role as living legend – the grand old man of the game.

Or Mr. Hockey, as most people call him. (Appropriately, it’s also the title of his recently released autobiography).

You don’t earn a nickname like that lightly. As those who watched the Saskatoon farmboy play in his heyday can attest, not only was Howe a superior player – he scored 801 goals and won six Hart (MVP) Trophies – but he possessed all the qualities (strength, skill, endurance, toughness, relentless determination, passion, leadership, humility) that set hockey players apart from other athletes.

There’s a reason that later superstars like Bobby Orr (who ran into one of Gordie’s famous elbows in his first game) and Wayne Gretzky  always point to Howe as the greatest of all time: they’re not being humble, they understand what it takes to excel on the ice and they truly believe that #9 is without equal.

No statistic bears this out more than the fact that Howe played at such a preposterously high level for 26 seasons in the NHL (his final, at the age of 52), with each game a war against opposition’s most physical players. (He claims his most memorable fight came against tough-guy Lou Fontinato.) The philosophy that allowed him to survive so long in such a violent sport, he often joked, was a twist on the Golden Rule: “do unto others before they do unto you.”

With Coleen, his beloved wife of 55 years (she passed away in 2009 after a long battle with Pick’s Disease), the always affable Howe raised four children, two of whom (Mark and Marty) went on to play pro hockey, including stints in Houston and New England with their father.

Whether it was the NHL or WHA, playing a token shift at game at the age 69 for the Detroit Vipers, being awarded the order of Canada, appearing in an episode of The Simpsons, or spending time with his grandchildren, Howe never stopped enjoying life or appreciating what the game had given him. “No one could ask for a better ride,” said the always appreciative farm boy from Saskatoon.

As he closed out his biography, Howe reflected on the legacy he’ll always be remembered for – his incredible longevity. It’s a question he was often asked over the years and he always answered it by pointing to his unquenchable and overriding dedication to hockey: “I never stopped loving the game.”

And because of this unwavering passion, fans have never stopped loving him. Iconic is a word tossed around lightly these days. This man truly earned that description. Our thoughts and prayers are with you Gordie.