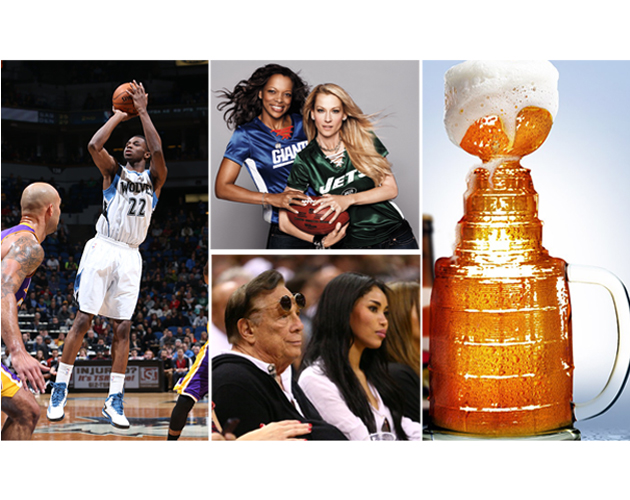 As the new year dawns, we review the five big themes that shaped the sports world in 2014 and try to gauge what affect they’ll have in 2015.

1) Canadians took to the court
In 2014, we witnessed the sad end of 40-year-old Steve Nash’s career, as the greatest Canadian to ever play basketball ended his comeback attempt, finally succumbing to the ravages of age and chronic injuries. Nash’s exit from the court, however, was offset by the rise of a new breed of Canadian ballers. The last two first-overall draft choices – Anthony Bennett and Andrew Wiggins (now with Minnesota) – both hail from north of the border. They’re backed up by up-and-comers Tyler Ennis (Phoenix), Kelly Olynyk (Boston), Nik Stauskas (Sacramento) and Tristan Thompson (Cleveland). While the new generation probably won’t match Nash’s Hall-of-Fame credentials, they’re definitely changing the stereotype that the only athletes we produce are hockey players.

Where is this going? The young hotshots lead Canada to an Olympic hoops berth, our first since 2000. Show us the way, Mr. Wiggins.

2) The audience changed
There was a day when women would only pause long enough in front of a televised game to register their disgust either at the ridiculousness of the sport or the waste of life on the couch who had just spent three hours watching it. Put another stereotype to rest – the NFL now makes the startling claim that 44 per cent of its fan base is female, proudly pointing to a football broadcast this year that scored higher ratings among female viewers than Dancing With the Stars, Glee and Grey’s Anatomy. While this development has TV execs salivating over a potential windfall in ad revenue, it has some men lamenting longing for the days when sports were just about sports.

Where is this going? A double-dose of female sideline reporters and more of whatever this is:

3) The way we watched changed
As major sporting events like this year’s soccer World Cup attracted an ever-increasing number of online viewers, all leagues are hoping to similarly monetize their product, not only on TV but over our laptops, tablets and smartphones as well.
Where is this going? The possible emergence of a Netflix-like sports vehicle, which could loosen the iron grip cable companies have on sports programming and allow fans a broader (and more affordable) choice of sporting fare.

4) It felt a bit bubbly
First came the tech and real estate bubbles – now it seems we’re in an era where sports’ franchise values have soared far beyond their true worth. Natural gas magnate Terry Pegula recently shelled out $1.4 billion to buy the Buffalo Bills, a losing team that plays its games in a chronically depressed urban centre (Buffalo is often tabbed as the fourth-poorest big city in the U.S.) devoid of big corporations to buy the high-priced luxury boxes. Still, Pegula’s bloated price tag seems a bargain compared to the king’s ransom ex-Microsoft CEO Steve Ballmer paid to gain entry into the exclusive club of sports owners: US$2 billion for the NBA’s L.A. Clippers – a tidy return on the $12.5 million Donald “I’m Not a Racist” Sterling originally paid for the franchise in 1981. Who knows when the crash will come, but this certainly feels like bubble territory.
Where is this going? See next item.

5) Fans got fleeced
To recoup exorbitant franchise costs, team owners are making fans pay more for tickets (the median Toronto Maple Leaf ticket price is now more than $400) gouging us at concession stands (for unknown reasons, the Winnipeg Jets sell the highest priced arena beer in the country) and extorting us for team gear (a Montreal Canadiens’ premier jersey costs $200 after taxes). When you factor in cable sports packages to watch the games at home – well, a lot of once loyal sports fans are being priced right out of the game.
Where is this going? When you overcharge fans for watered down stadium light beer, don’t be surprised when they react like this: