5 big Questions from the Week in Sports 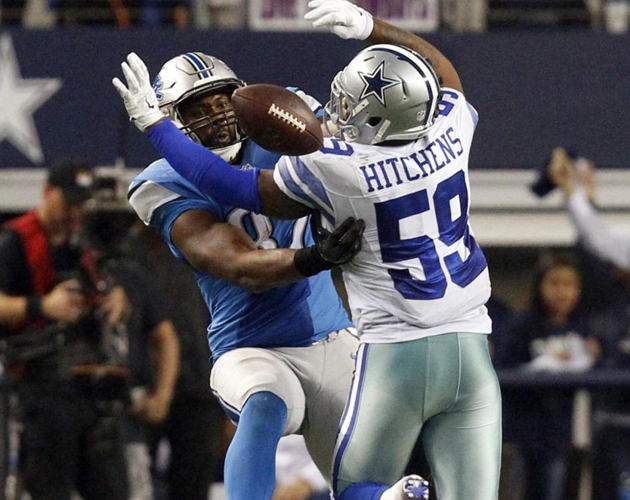 The NFL refs screw up again, Canadian NHL teams start playoff push, a fitting tribute to a broadcasting pioneer and the case of the missing puck, here are the 5 Big Questions from the Week in Sports.

1) At the halfway point of the season, what do we know about Canadian-based NHL teams?

2) Did the Dallas Cowboys beat the Detroit Lions because of a blown pass interference call?

Half of football experts say yes while the other half just as vehemently saying no. I’ve been watching football all my life and I’ve never been absolutely sure what constitutes a pass interference penalty – it seems to differ with each official. But I do know that the number of important games decided by dubious pass interference calls (or non-calls) is ridiculous. Listen as former NFL ump Mike Pereira explains why the refs blew the call:

3) Who was Stuart Scott and why is this tribute so cool?

If you ever watched sports highlights while travelling in the U.S., you might have come across Stuart Scott. The veteran sports personality, who recently lost a long battle with cancer, was hired by ESPN in the early 1990s to break the hold white male broadcasters had on the channel. Besides being a smart, funny and street-wise presenter, Scott introduced the world to the term “Booyah,” a phrase he would use to punctuate great plays on his nightly recap. Yesterday, his old partner Rich Eisen paid honour to Scott by narrating an entire highlight package using only his pal’s catchphrases. Booyah!

Of course he is. Thankfully for Canadian fans at the World Junior tournament, Max didn’t inherit his dad’s ghastly puck skills. But what’s this about Domi’s name being chanted by fans in Montreal? Quelle horreur!

5) Why are the refs frisking Washington Capital goalie Braden Holtby?

I don’t know but it got really uncomfortable for a while there.