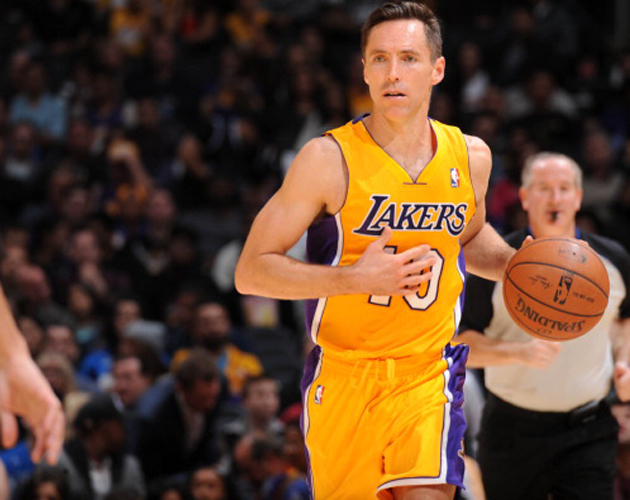 Steve Nash, Canada’s greatest basketball player and future hall-of-famer, has announced that he will retire from the NBA, ending a brilliant 18-year career. During his tenure, the 41-year-old Nash overcame small size and injuries to become one of the greatest pure point guards ever.

His last few years were slowed by injuries and, after suffering another setback earlier this season, he realized his broken down body would never heal enough to compete in the NBA. So, with this simple tweet, he announced his retirement.

I’m retiring from basketball. Thanks for all the love through the years. http://t.co/CMqDBSYIrr pic.twitter.com/iNTG6eap4D

While Nash leaves the game without ever winning a championship, he left his mark in the history books, winning two MVPs and finishing first all-time in free throw percentage, third in assists and ninth in three-point percentage. Nash played a highly competitive and intelligent game along with “an unmatched blend of grace, elegance and composure,” wrote Bleacher Report. He will always be remembered for his high-octane offensive game, his ability to make teammates better, his highly competitive yet modest nature and for getting his face mashed up during the physical battles of NBA playoffs.

Along with those obstacles, you could also add Canadian: Nash starred in an era when there were only a handful of Canucks in the league. He became a national hero with his performance in the 2000 Olympics, where he led a severely undermanned Canadian team to upset victories over heavily favoured Spain and Yugoslavia, before finally bowing out to France in the quarterfinals.

Nash will not be bored in retirement. Along with three young children, he’s heavily involved in charity and is part owner of the Vancouver Whitecaps of the MLS.

In a farewell article with the Players Tribune, Nash recapped his career:

On making it to the NBA

“Stayed obsessed. Set goals. Worked. Dreamed. Schemed. Pushed myself beyond what was normal or expected. I looked at my hero, Isiah Thomas, and thought to myself, “OK, I’m nowhere near the player he is but if I get better every day for 5 or 10 years, why can’t I be as good as him?”

“I remember when Dirk and I were nobodies. He used to say over dinner sometimes, ‘How are us two stiffs gonna make it in this league?’ ”

On failing to win a championship

“It will always hurt that Phoenix Suns fans didn’t get the championship they deserved during our run. Yes, we had some bad luck but I always look back at it and think, I could’ve made one more shot, or not forced a turnover, or made a better pass. But I don’t regret anything. The arena was always sold out and rocking. It was the time of my life. Thanks, Phoenix.”

On spending time with his family

“Lola, Bella and Matteo, you’re the center of my universe. All my focus and energy is here for you guys and moving forward, I couldn’t think of anything more exciting or rewarding.”