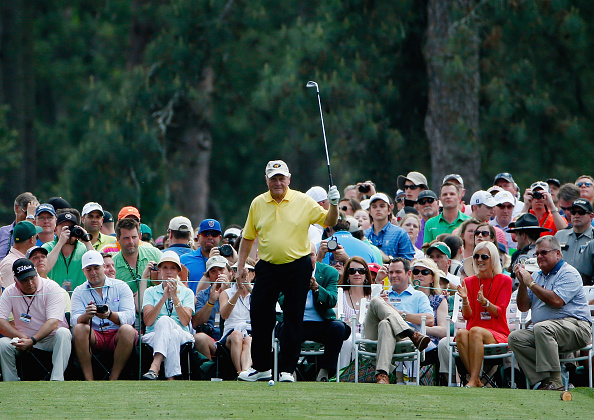 Jack Nicklaus turned back the clock at the Masters Par-3 Contest, delighting the fans with a hole-in-one.

The 75-year-old six time Master’s champion spun his iron shot on the fourth, rolling it back into the hole for an ace. After sinking the shot, a big smile creased the Golden Bear’s face and he raised both hands to salute the ecstatic crowd.

Amazingly, it turns out he called his shot too. In an interview early that morning, Nicklaus told a reporter: “Well, all I’ve got to do is go out and win the Par-3 and make a hole-in-one.” And he went out and did just that.

Nicklaus formed one third of a legendary trio that turned out for the pre-tournament event. He was joined by once rivals but now close friends 85-year-old Arnold Palmer and 79-year-old Gary Player.

During their playing careers, the Big Three combined to win the Masters 13 times.