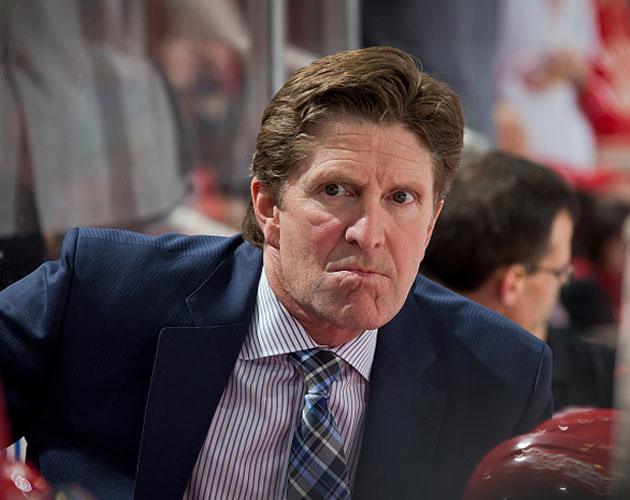 In signing with the Leafs, the 52-year-old former Detroit Red Wing coach becomes the richest bench boss in NHL history, securing his services for eight years at $50 million dollars; a cool $6.25 million per year.

In his 10 years in Detroit, Babcock’s team won the Stanley Cup once and never missed the playoffs. He also coached Canada to Olympic gold medals in 2010 and 2014.

Babcock’s resume in Detroit was built on the shoulders of star players like Pavel Datsyuk and Henrik Zetterberg as well as Red Wing management’s superb drafting record and an uncanny ability to find diamonds in the rough. Toronto’s new scouting staff is unproven and its base of good players is very thin. Plus, the team is saddled with the albatross contracts of under-performing players, including Phil Kessel and Dion Phaneuf. He’ll basically be starting from scratch when training camp opens in September.

Because the Leafs won’t be serious playoff competitors for another few years, some are questioning the timing of the hire. However, team president Brendan Shanahan couldn’t pass up the chance of losing Babcock to other interested parties, namely the Buffalo Sabres or San Jose Sharks. He’s obviously hoping that his new coach will impress a winning style on the younger players.

The last time there was this much excitement for a Maple Leaf coaching hire was when Stanley Cup-winning coach Randy Carlyle was brought on board. Remember how that turned out?